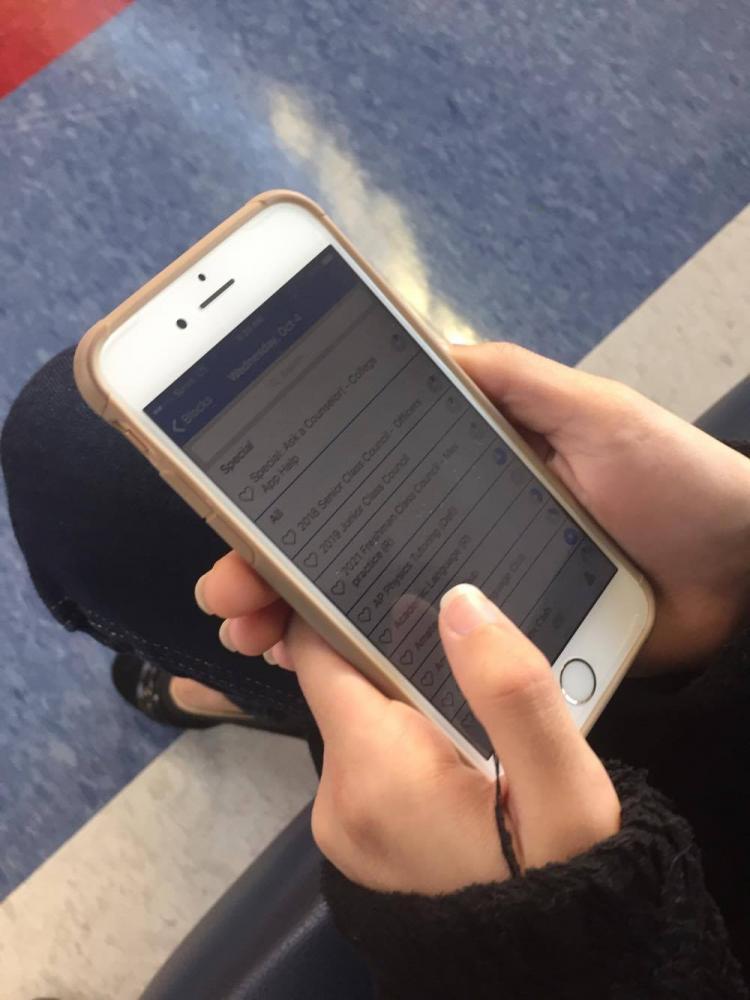 A student signs up for eighth period using the TJ Intranet App.

On Sept. 13, senior Spencer Atkin released the latest version of TJ Intranet, a mobile app available for download in the Apple App Store. This marks nearly two years since Atkin began creating an app which, though not officially affiliated with Jefferson, allows students to sign up for eighth periods. He began this project after noting student concern for long loading times on browsers.

“I came up with the idea because the website is really slow,” Atkin said. “You have to wait for it to load and see what eight periods you have.”

This version has a few modifications from the initial version Atkin made available in early September of 2016. After taking into consideration student critiques, he worked over the summer to remedy shortcomings with the app.

“People were complaining because there was one bug – that I fixed – that people kept getting logged out and the authentication wasn’t working,” Atkin said.  “So all of this summer I made a new version that uses a Waf instead, which is a new way to do the login. Then I changed the color scheme.”

TJ Intranet is not the only app Atkins has worked on. He released a game, Paddle – Pong, in early July and made an app that lets users save Tweets from the Twitter app. His latest project is an encryption app that lets uses send encrypted messages.

“I’m interested in cybersecurity and encryption, that’s what I want to do. I made this app to help people because encryption is hard for non-technical people to do. So I made this app because it lets you send encrypted messages in the iMessage app.”