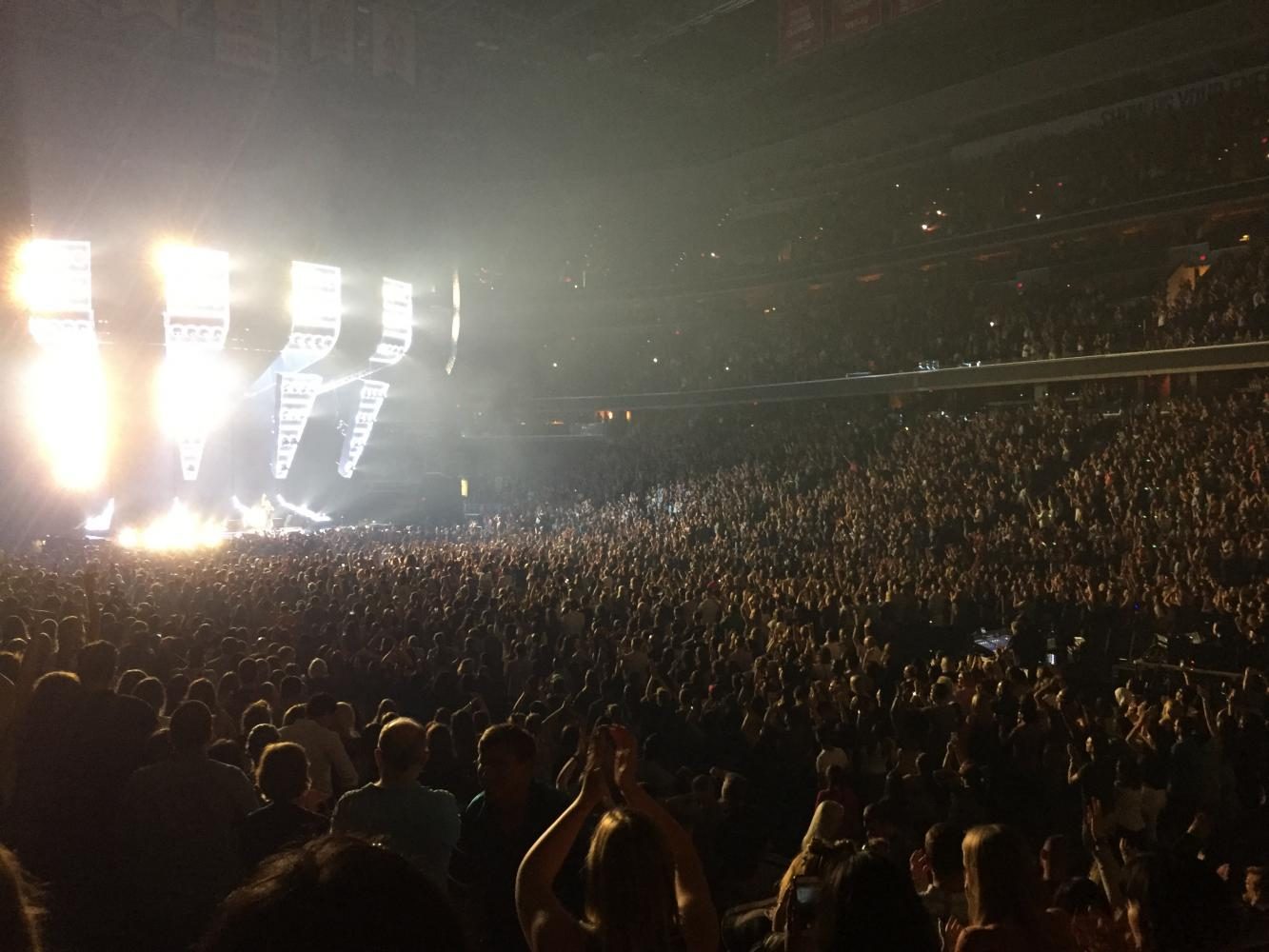 The last chord of a familiar tune pierces the air as the audience erupts into a chorus of screams.  Sheeran drums his fingertips on the face of his guitar before taking the instrument off and handing it to a stage assistant, switching it immediately for another.  The previous guitar had a black multiply symbol affixed to its corner; this one has a divide symbol.  “Thank you very much,” he quips to the audience with a cheeky smile; then, he reaches for his water bottle, takes a sip, and tosses it absent-mindedly off to the side of the stage.  Without even missing a beat, he plucks through the opening chords of his next number as the crowd catches onto the next song.

Ed Sheeran stopped by the Verizon Center as part of his “Divide” tour on Sept. 19, playing and singing to an enormous and ecstatic crowd.  I was lucky enough to be part of the mob, and my night at the concert is not one I’m likely to forget.

Sheeran played many of his fan-favorites at the concert, including “Shape of You,” “Castle on the Hill,” “Thinking Out Loud” and “Photograph.”  He accompanied himself on the guitar for all of his songs, shredding through the chords with a reckless mastery and making it impossible not to stand up and dance along.  I was pleasantly surprised to find that Sheeran was just as good live as on his records; he hit his falsetto notes and runs with ease, and added unique dimensions to well-known songs.  It was incredible to hear my favorites off the “Divide” album reimagined with new riffs and keys in a crowd of people just as moved and thrilled as I.

While Sheeran’s vocals were superb, his personability was what truly made my night.  He interacted with the audience constantly, urging us to be his loudest concert yet and boasting about the crowds in Chicago and Dublin.  He recommended that we lose our voices by the end of the night for an optimal concert experience, and encouraged us to stand up and sing our hearts out to every song without thinking about who might be watching or listening.  I have not had as much fun at a concert as I did at Sheeran’s; from start to finish, he had me hooked, and I sang and danced to all of my favorite tracks without relent.

I keep reliving moments from the concert in my head — partly because I never want to forget being in the same room as Ed Sheeran for a night, and partly because the smile on my face as I belted the words to “Perfect” while strobe lights swept through the arena genuinely escaped definition.  A night of pure bliss made stumbling through my classes slightly hoarse more than worth it.