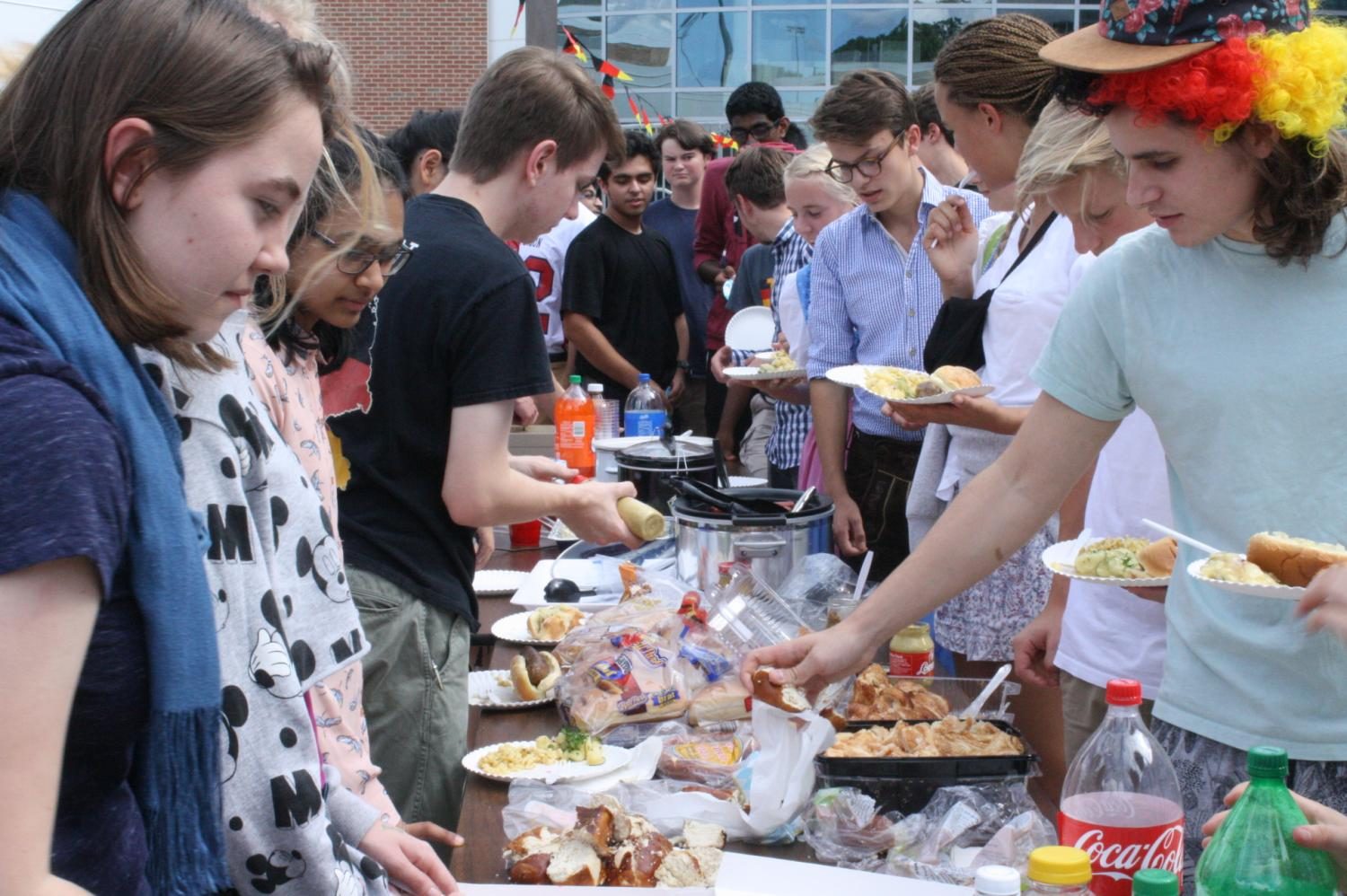 Jefferson students and their German exchange students set up in line for the Oktoberfest food, provided by the German Honor Society members.

The German students arrived on Sept. 3 in hopes of experiencing the United States in a different manner than that of a traditional tourist.

The day preceding the German festival, the students visited a myriad of places, from the Lincoln Memorial in D.C. to the local shopping center.

“They have a planned shopping excursion to Tysons because name-brand clothes are a lot cheaper in America, so they like to bring an extra suitcase and pack it with new clothes,” senior and host student Arthur Browne said.

In addition, the German students spent several days a week within the classroom walls, gaining a sense of the school environment.

“I think that Isabel’s life has more to do with school than my life. In Germany, school is not that long. We don’t have school until 4 o’clock; we have it until 2 o’clock. I am playing sports in a club outside of school. It’s more outside of school but it’s also cool because your school offers so much. That’s also a big difference. My school doesn’t offer so many sports and music and everything,” Lang said.

At the Oktoberfest celebration, traditional food was served in an environment almost similar to a large barbecue party.

“There’s going to be a lot of traditional German food, like bratwurst, sausages, pork, veal, beef,” German Honor Society President and senior Kamron Soldozy said. “On top of that, we have apfelstrudel, which is apple strudel. Just the traditional foods, lots of German music. Traditionally, way back in the day, they had horse races, and things like that, so we can’t replicate that entirely, but we do have a few fun games and activities planned.”

However, according to Germans, the school gathering does not compare in size nor festivities to the real Oktoberfest.

As the German students take their leave on Monday, Jefferson students look forward to their own visit of Germany later in June.

“It is a really cool experience, especially because when you go to Germany on a vacation, you don’t normally get to experience the school and the everyday lifestyle there. I also want to go to Germany so I could improve my German,” sophomore Kevin Chung said.