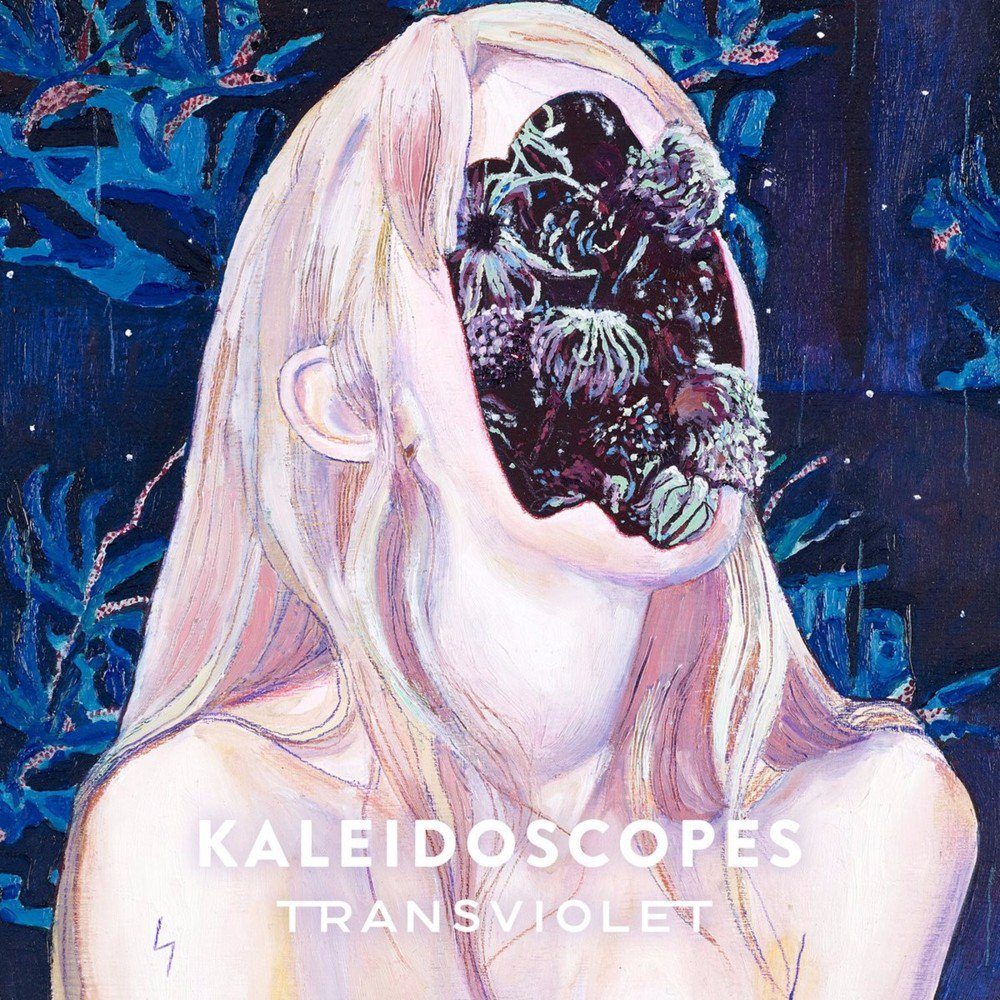 Transviolet is one of the many alternative/indie bands which I love, and on June 30th they released the EP, “Kaleidoscopes.” Even after more than a month, my adoration of this record hasn’t dwindled, the music spoke to me and evidently stuck with me.

The title track and opening song is “Kaleidoscopes (feat. Reo Cragun),” is a high energy bop about a seemingly lighthearted love that is able to survive despite everyone else’s expectation that it would break at the first sign of trouble. The song is mainly from the perspective of someone with a negative mindset, who’s world get brighter and better with the help of their significant other. Reo Cragun’s voice is only heard in the bridge of the song and faintly in the final chorus, but this addition further solidified the idea of the narrator’s partner being supportive while also showing that they also benefit positively from the narrator’s love.

“Pretty Head” is a song about the oppression of women and how objectification inevitably comes with the expectation that women must be visually appealing and have no other substance. Transviolet’s lead singer, Sarah McTaggart, uses her voice to create a tone of false innocence, sating “I’m so happy/Cause aren’t all the pretty girls happy?” The turning point of the song is during the bridge when the narrator gains confidence and breaks free from the ideas holding her down.

The standout song on “Kaleidoscopes” is the third song, “The Hamptons”. It has the feel of a typical pop song wrapped in indie voices and a background layered instruments. The chorus is intoxicating and its steady rhythm makes me hazy when listening to it. The lyrics add to the overall mood with a third party narrator recounting what she has learned about the Hamptons from various people, she learns about the secret struggles of people who grew up in (and eventually) escaped a seemingly perfect place of wealth and rose-colored reality. The twisted view on the upper class and their hidden problems is a prominent theme in modern indie/alternative music, and Transviolet successfully handles it with their song.

The fourth song on the ep is “Don’t Put it on Me,” a duet about a broken relationship that was destined to fail. The lyrics “Don’t put it on me” are meant to push off any blame that may fall on both parties for why the relationship failed, with both singers reminiscing about the past while insisting that “forever wasn’t meant for us.” The song’s melody is less complex than Transviolet’s other work, it’s composed of a simple beat with subtle instrumentals that highlight the vocal elements. In general it is a relatively soft song, the tone is melancholic and isn’t very strong at any point, the most emotion being felt at the bridge when the ex-lovers admit that despite knowing it would end from the beginning they still broke each other’s hearts.

The song that follows, “Astronaut,” does a complete 180 in terms of mood and tone. It’s a high energy song about separating from society and reaching for the farthest star in the sky. The song is rebellious and inspires people to not care about the expectations and limits others place on you, “I just want the world, and, hey why not?” The motivation and positivity within it is incredibly unusual for Transviolet, even their most positive songs tend to be lighthearted and gentle, but the change isn’t unwelcome and it leaves questions about if they will make anymore music like “Astronaut.”

“Bruises” closes the EP with a drowsy melody about domestic abuse in a romantic relationship and family intervention. The song opens with an echoed intro, “Young man, you better keep your hand off her,” and it was followed by threats to the abuser. The pre-chorus changes focus and is about the victim’s denial and how no matter how much she tries to hide the truth, “The bruises don’t lie.” The second section of the song takes place a little later on, at this point the narrator cannot stand to sit idly while the abuse goes on, “My cool is long gone,” and the threats become stronger and more insistent. It’s a sad way to end the ep, but “Bruises” is my favorite song on the album and it deserves praise for it’s beautiful melody and how it deals with such a heavy theme.