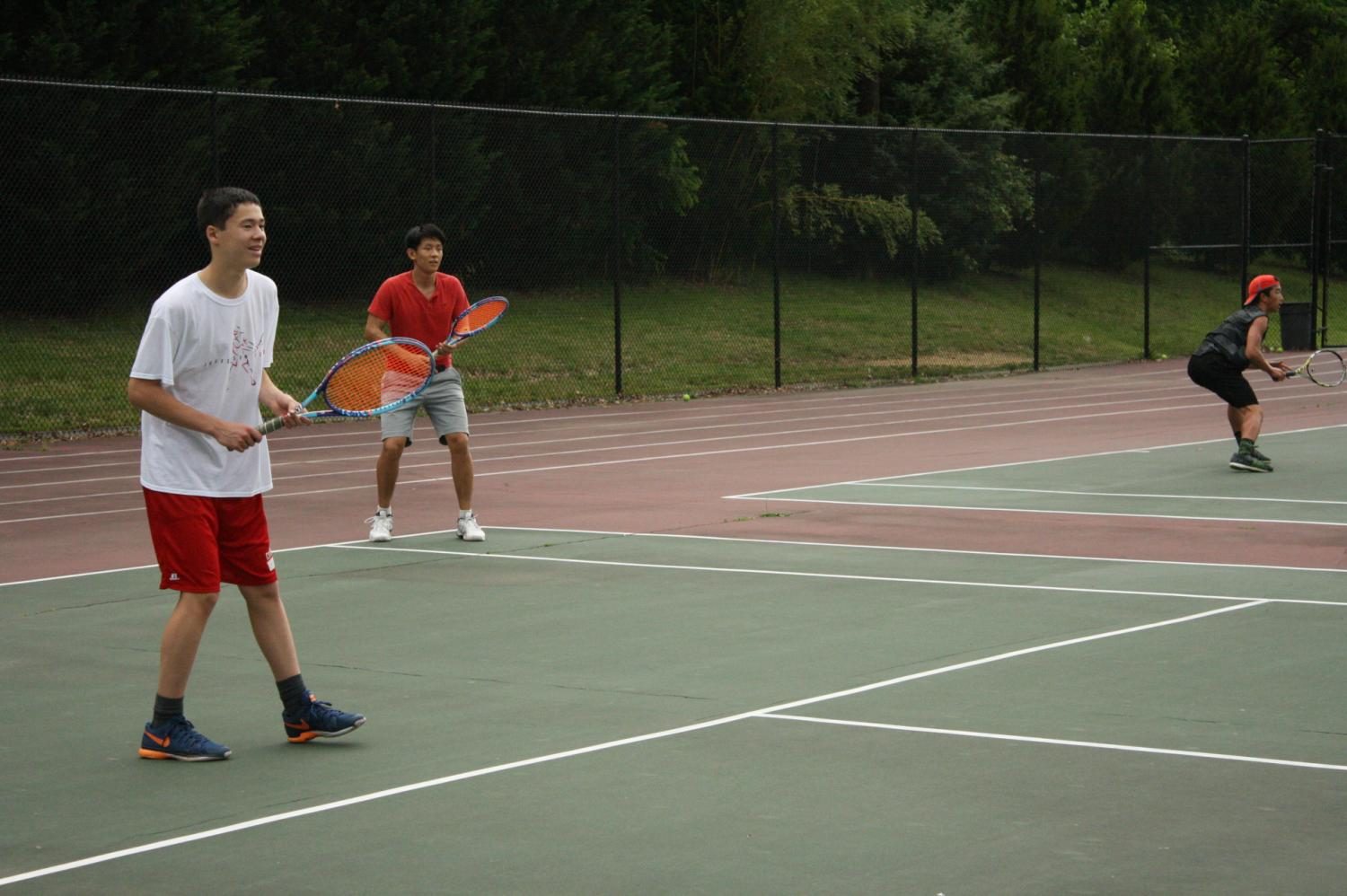 Winning a state championship is always impressive. Winning two in a row is even more impressive. Threepeating like Michael Jordan is stupendous. However, what’s truly special is winning five championships in a row, or pentapeating, as Jefferson’s boys tennis team recently did by beating Stone Bridge High School from Ashburn.

This year’s freshmen were quite dominant, as many of Jefferson’s top players were freshmen.

“We have 3 freshmen in the top 6, which play against other schools in matches,” freshman Daniel Wen said.

These players, Wen, Ted Zhou, and Alex Chung, are incredibly skilled, and have played tennis for quite a while now.

“I think he’s pretty elated, because his little brother was number 2 on the team and he won two of the games that won us the state championship,” Zhou said.

At the start of the season, there were concerns about the team’s ability to perform and continue the streak, as some of their best players had graduated.

“In previous years, we had very amazing and dominant players,” senior and captain Ruyan Zhang said. “Our players are still really good this year, but not the same level of dominance. We would come with the knowledge we’d win, but this year, it’s been more of a fight.”

The captains of the club are grateful for their contributions to the team this year, especially after graduating some of their better players.

“They’re the reason we won,” senior and captain Neeraj Prasad said. “They won their matches, and they played high-quality players, so hats off to them.”