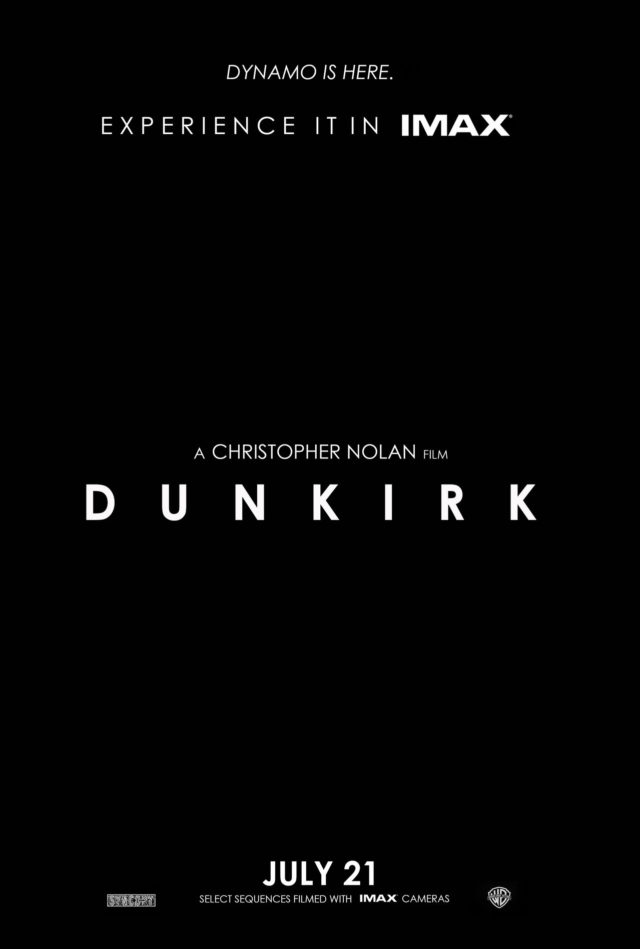 Dunkirk was released on July 21, 2017, 77 years after the battle. The phrase “Dynamo is here” refers to Dunkirk’s codename, Operation Dynamo.

The battle of France is lost. Hundreds of thousands of Allied troops are stuck on a beach, surrounded by hordes of Nazis. In Dunkirk, director Christopher Nolan shows this film in stunning detail — bombs flying, planes raining death from the skies, boats exploding, and bullets whizzing.

When watching this film you can see the effort Nolan put into his film to make it look and feel as if you are there. He uses incredible cinematography — such as shots of sinking boats where water covers the camera, and closeups of the pilots in the planes as they fight — which greatly enhances the experience. The audio also sounds crisp and real, as you can hear the Nazi planes fly by as they prepare to drop bombs on the soldiers, which further enhances the experience. While the music in the background detracts a little from the immersion in my opinion, I found it to build up the tension of engagements quite nicely. The acting also feels realistic, as the soldiers all act rather depressed and a little crazy, which given the circumstances of the film, is quite reasonable. All this comes together to put on quite a show.

One thing I didn’t like about the film was how Nolan structured the plot. Dunkirk can essentially be divided into three subplots — the soldiers at Dunkirk, the pilots in the air, and a small boat crossing the channel — all of which combine at the end to wrap up the film. My main problem was that these subplots are occurring at different times during the battle, and thus it becomes rather difficult to follow the story in a temporal sense. I also was rather bothered by the fact that I found it rather difficult to tell apart the soldiers played by Harry Styles, Fionn Whitehead, and Aneurin Barnard, as they all look rather similar.

In terms of recommendations, I would recommend Dunkirk to pretty much anyone, so long as they are fine with blood and whatnot, as it is a war movie. The film tells a great story that is quite engaging, and treats your eyes and ears with its immersive shots and audio, and isn’t incredibly long, so you won’t burn any more time than you need to.