Following Foreign Film: “In the Mood for Love” 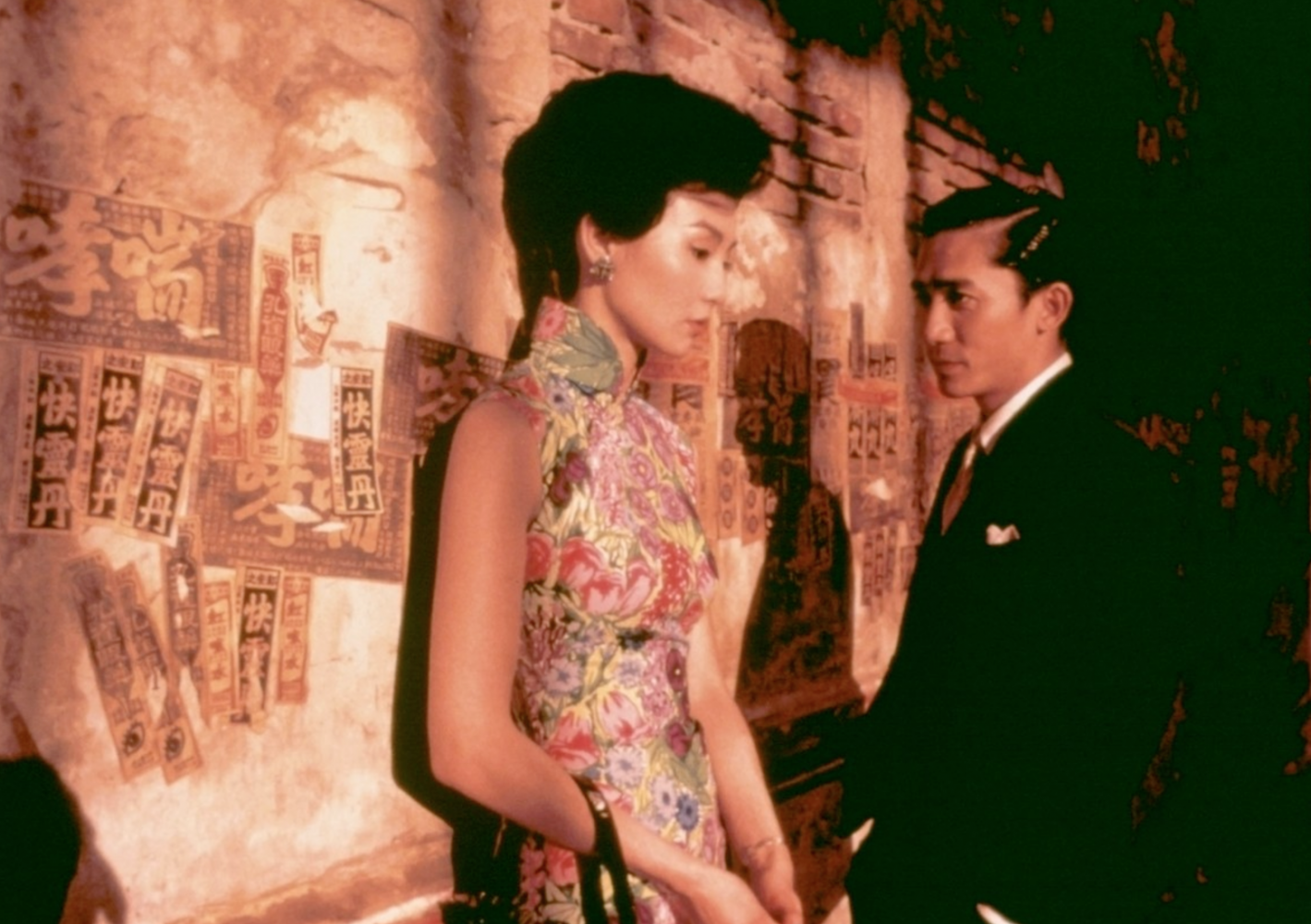 Mrs. Chan and Mr. Chow converse on their walk home.

Growing up, I made the generalization that popular Chinese cinema meant martial arts movies, a genre largely popularized by actors including Jackie Chan and Bruce Lee. However,

I recently learned about Wong Kar-Wai’s work, and decided to watch his 2000 film “In the Mood for Love.”

In the 1960s Hong Kong, two married couples, the Chows and the Chans, move into the same building and become neighbors on the same day. Mrs. Chan (Maggie Cheung) and Mr. Chow (Tony Chiu-Wai Leung) begin to suspect that their spouses- who remain faceless throughout the film- are having an affair, and they become friends over time. Nonetheless, there are more feelings between the two.

Though it has a seemingly typical plot, the romance in “In the Mood for Love” does not develop through conventional events. Neither Mrs. Chan nor Mr. Chow give dramatic confessions of their love, and not even a kiss is shared on screen. Still, chemistry between the characters is evident, one quote by Mr. Chow standing out to me:
“Feelings can creep up just like that. I thought I was in control.”

“In the Mood for Love” takes place in a conservative time period, where platonic friendships between men and women were surrounded by stigma. The two must be careful when visiting public spaces together or arriving at their building at the same time. The 1960s backdrop also lends itself to beautiful costuming. While Leung was dressed in a more western style, Cheung is seen in elegant qipao dresses.

The story is largely told through visuals, shots framed by objects like doorways, furniture and plants. As a viewer, I felt like I was peering at the characters’ personal moments, a part of the movie itself. The colors and lighting are equally immersive, and the color red’s presence in many shots suggest passion.

“In the Mood for Love” was undoubtedly complex, depicting emotions that are beyond my years. But, it was also a poignant, yet subtly conveyed, tale.