Volleyball team dedicates game to cause 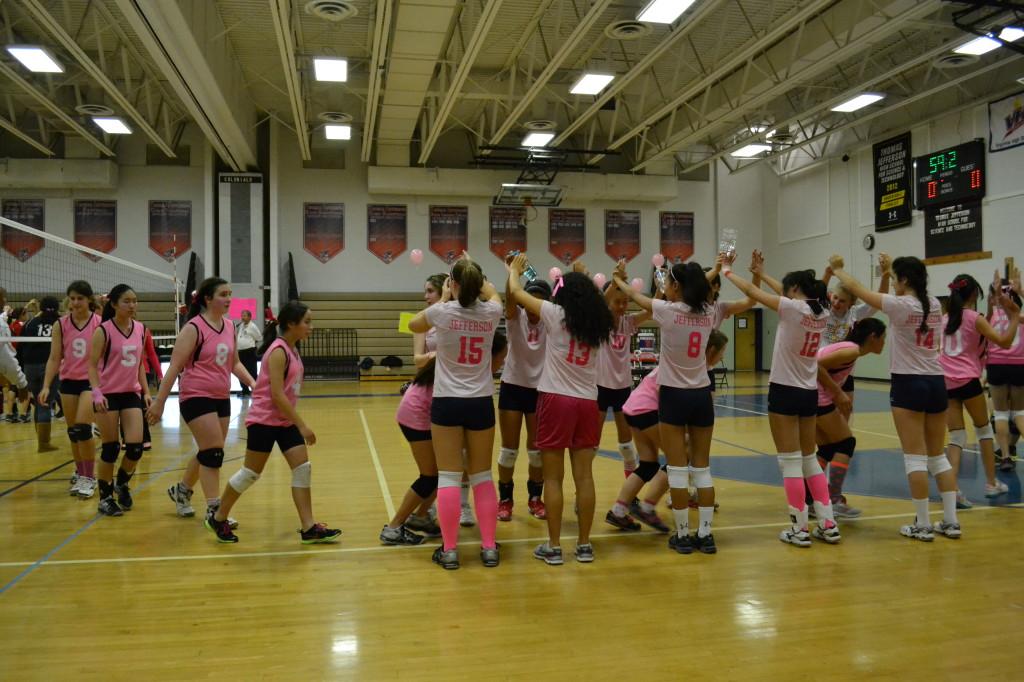 A sea of pink filled the gym as Jefferson’s volleyball teams took on the Madison Warhawks yesterday in the annual Dig Pink game, a traditional match dedicated to raising awareness and money to benefit breast cancer research. The freshman and varsity teams fell to the Warhawks, while the JV team won 2-0.

Members of the three teams decked out entirely in pink during the school day and donned pink uniforms during the game. Volleyball fans and faculty members also were encouraged to wear pink.

Throughout the day, donations were made to the Side Out Foundation for breast cancer research and team members raised money for the cause with a bake sale of pink desserts during the school day and the games.

Donna Luccesi, who is a close friend of coaches Helen Smith and Annie Baratto and is currently battling her second bout with breast cancer, shared her story prior to the start of the game, while the players personally dedicated the match to anyone whose lives had been affected by cancer.

“Dig Pink is always an exciting game, no matter who the opponent is, and as a team, we try to get fans to come out and support the cause,” junior Care Shoaibi said. “Dig Pink isn’t just about teamwork on the court, but also teamwork supporting an important cause.”