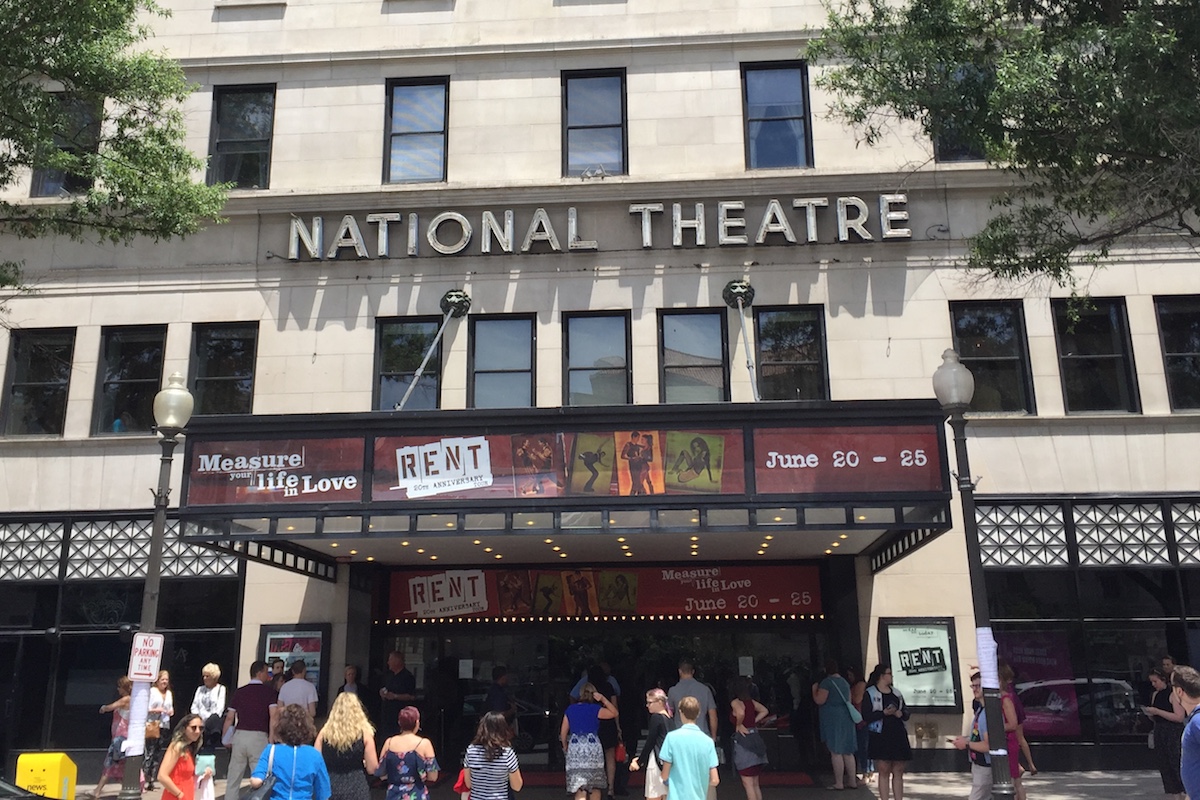 Attendees enter the National Theater for the June 25 matinee show.

Before “Hamilton,” the US in the 1990s was hooked on a different musical: “Rent.” Having won four Tony Awards in 1996, the musical by Jonathan Larson follows a group of artists who face poverty, addiction and human immunodeficiency virus (HIV) and acquired immune deficiency syndrome (AIDS) over a year.

Now on its 20th anniversary national tour that started in 2016, “Rent” was performed at the National Theatre in DC from June 20 to June 25. Prior to the show, the theater lobby was filled with an audience consisting of a wide age group: adults who have been fans of the musical since its days on Broadway, to students who are familiar with “Rent’s” soundtrack and plot but have not seen it live.

From its energetic opening number, the production’s cast created an entertaining experience. Popular songs such as “Take Me or Leave Me” performed by Maureen (Katie Lamark) and Joanne (Jasmine Easler) drew cheers from the audience, and fan favorite character Angel (David Merino) brought cheer and emotion.

“I’d already seen the movie and listened to the original cast album, but watching it in the theatre was an entirely new and amazing experience,” Moy said. “The actors portrayed their characters really well, especially David Merino as Angel and Katie Lamarck as Maureen.”

The musical has been praised for including diverse characters and representation for topics that were often not addressed in other stories. “Rent” stands as a monument to issues prominent at the end of the 20th century.

“As a member of the LGBTQ+ community myself, I really enjoyed the presence of these characters in the show,” Moy said. “It’s also important to me that characters afflicted by HIV/AIDS were so prominent because a lot of people don’t recognize the striking and in many cases devastating reality of the HIV/AIDS crisis in the 80s as well as the struggles of people with HIV/AIDS today.”