To Read or Not to Read: “When Dimple Met Rishi” by Sandhya Menon 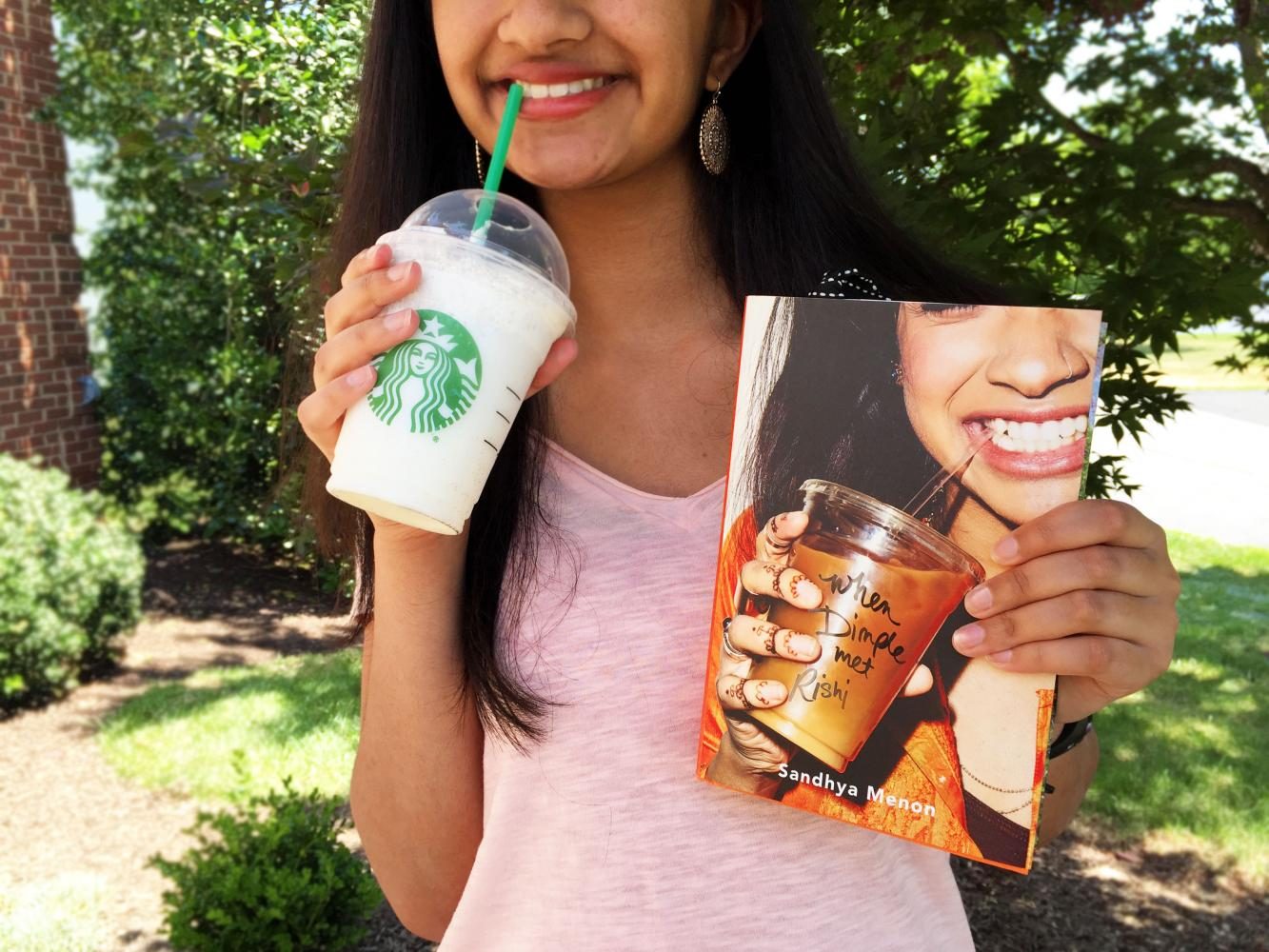 "When Dimple Met Rishi" is an endearing contemporary novel about a teenage, Indian-American romance. The book's eye-catching cover has been recreated multiple times online by its readers, so I decided to try my hand at it.

Growing up as an avid, Indian-American reader, I assumed all book characters were supposed to be white.  It was an innocent assumption made by a literature-loving six-year-old who’d never read a book featuring a prominent character of color.  I never realized what had been missing from the books I’d read and loved until I picked one up that filled in all the gaps.  “When Dimple Met Rishi” by Sandhya Menon quite literally changed my life — and I don’t say that lightly.  When reading this book, I felt like more than a quiet observer–I was completely immersed in its characters, in its casual references to elements of my life and in the feeling of finally being represented.

“When Dimple Met Rishi” is a charming young-adult novel about graduate Dimple Shah, who is desperate to participate in a renowned coding competition the summer before she attends Stanford University.  Unfortunately, Dimple’s parents use the competition as an excuse to set her up with a family friend’s son, Rishi Patel, in hopes of finding her the I.I.H (Ideal Indian Husband).  Dimple has far more on her mind than a potential husband–winning the coding competition with the app of her dreams, for example–so her initial interactions with dutiful, family-oriented Rishi are awkward at best, but the two eventually warm up to each other in a twisting and turning plot than can only be likened to a Bollywood movie.

I practically inhaled this book.  The reason I loved it so much was in part due to its somewhat predictable but always endearing plot, but more due to its characters.  Dimple is deeply focused on her career in coding over anything else, and despises the idea that she has to attach to a husband.  She is unwilling to compromise her dreams for a man, and her feminist values guide her through much of the book.  Rishi, on the other hand, is deeply connected to his roots in Indian culture.  He respects and reveres his parents and wants to make them proud.  His sense of duty causes him to put aside his passions for comic art in favor of college at MIT, but he remains particularly fond of Aditya, an Indian comic superhero of his own invention.  Menon expertly illustrates the duality in her characters’ personalities, all while casting them as extremely relatable.  Dimple and Rishi’s relationship blooms at a lilting yet captivating pace, and I was hooked from the moment Dimple flings her Starbucks at an unsuspecting Rishi.

Reading from the perspectives of two Indian-American characters had a profound impact on me.  For the first time since I picked up my first picture book at age three, I felt a sense of validation from a book and its characters.  Dimple’s memories of her mom giving her haldi doodh (honey and milk) made me reminisce to my mom doing the same for me when I got sick.  Dimple and Rishi’s dance to “Dance Pe Chance” at their talent show took me back to my favorite Bollywood songs (which I unashamedly put on repeat for weeks after finishing the book). “When Dimple Met Rishi” made me realize how important it is for people to see themselves in the books that they read, whether they’re six or sixteen.  When I was little, I thought an Indian-American character in a book or movie was too much to ask.  Thanks to Menon’s book, I know now that diversity should never be considered a tall order.