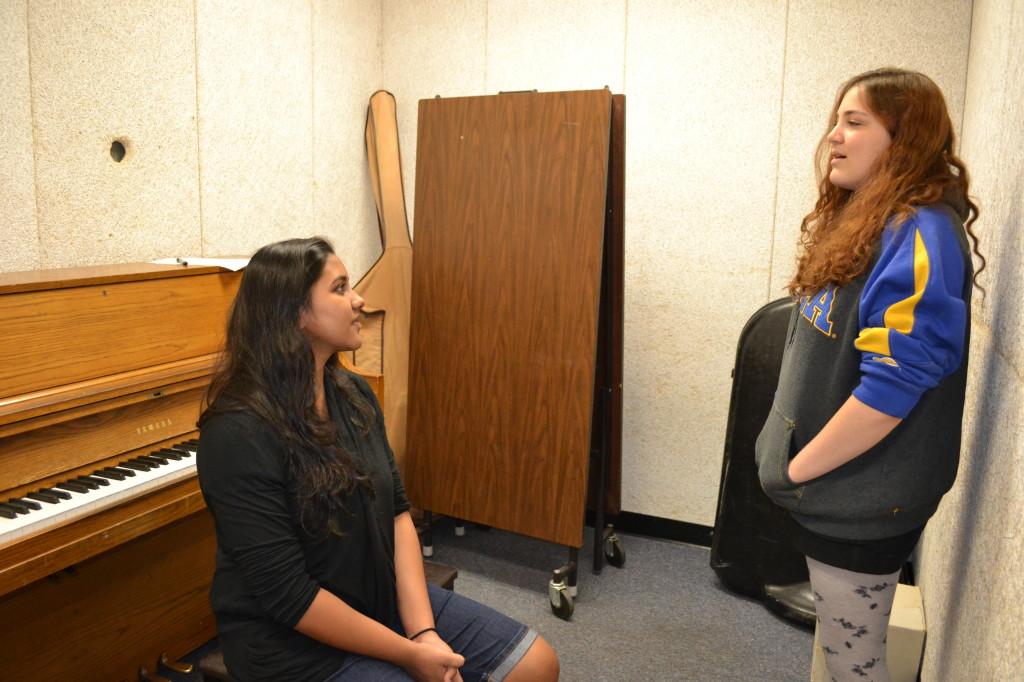 From Oct. 1 to 5, Sirens, Jefferson’s only all-girls a cappella group held auditions for the upcoming year. Interested students signed up for sessions during lunch and eighth period to sing a song of their choice.

For many students, Sirens serves as an alternative to curricular choir. Because she doesn’t have room in her schedule for the choir class, junior Meena Nayagam decided to take this opportunity to get more involved in the music department.

Before her audition, she rehearsed in one of the practice rooms in the music wing with junior Jordan Goodson.

“I have a hard time finding pop songs I enjoy, but it’s good because it’s got sustained notes,” she said.

Though not as many students auditioned as previous years, those auditioning offered a vast variety of different singing styles. Senior Julia Ruth, the Sirens leader, admitted that decisions may be based more on which styles the group needs rather than pure talent and ability.

“Everyone this year has been really impressive,” Ruth said. “It’ll be really challenging choosing.”