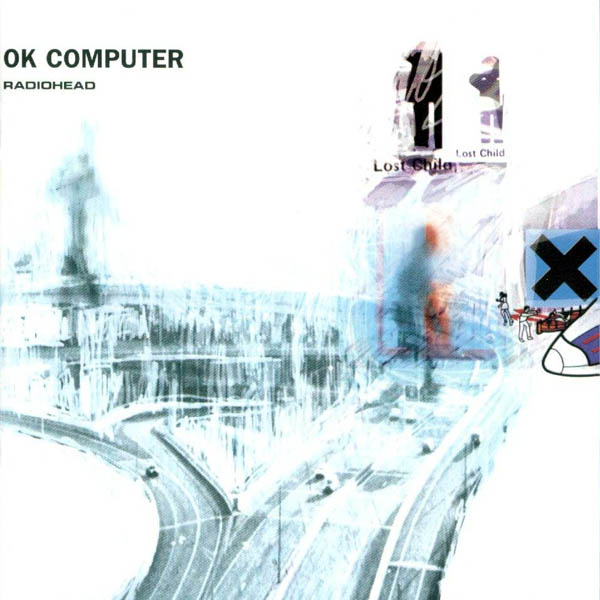 When the term “classic album” comes up, what comes to your mind? If you like grunge music, you probably think of Nirvana’s “Nevermind” or “In Utero.” If you dig hip hop instead, Nas’ “Illmatic,” Wu Tang’s “Enter the Wu-Tang (36 Chambers)” or maybe even Kanye West’s “My Beautiful Dark Twisted Fantasy” are probably some of your first choices. But when it comes to alternative/art rock and post rock, one album stands out much taller than the others. That album is Radiohead’s 1997, “OK Computer,” which recently turned 20 years old. The band also recently released a single that never made it onto the album.

“OK Computer,” deemed the best album of the 90’s by Pitchfork Media, is the third album from British rock band Radiohead, which is comprised of singer Thom Yorke, keyboardist Jonny Greenwood, guitarist Ed O’Brien, bassist Colin Greenwood, and drummer Philip Selway, however most are multi-instrumentalists. It isn’t my favorite 90’s album, but I still think it stands to be one of the most influential albums ever. Although the band has moved past this sound, its influence still lives through many other artists today. Speaking of this album’s sound, it was a much needed diversion from the hard, distorted, grungy music every band in the 90’s was making, including Radiohead on their first two albums. This album make use of acoustic and clean electric guitars, the occasional piano, synthesizers, and God-knows-what to create such a lush listening experience that was revolutionary for its time.

The album kicks off with the song “Airbag,” which is one of the less memorable tracks on the album, but still does a fantastic job setting the tone for the record, with mixes of sinister and beautiful lead guitar lines. But right after, the album starts dishing out hit after hit, starting with “Paranoid Android”, the lead single for the album. It was a hilarious slap in the face to all the MTV watchers who expected the same old from Radiohead, as they listened to the band transcend the sonic plane. Even though that description is exaggerated, it isn’t really that far off. The song features a variety of catchy guitar lines that are first played by acoustic guitars, explode into heavy, distorted guitars, to a soft, artsy mix of Yorke’s beautiful harmonies, then concludes with the same hard-hitting guitar lines that appeared earlier on the track. It’s a four part sonic roller coaster that perfectly describes the vibe of the album.

And this record just keeps this consistently boundary-pushing art-rock sound that still has great rock fundamentals, going throughout the entire album. From the bleeping synthesizers on “Subterranean Homesick Alien”, to the stripped back pianos of “Karma Police”, and the epic, cavernous drums of “Climbing Up the Walls”, this album is stuffed with interesting, unorthodox blends of sound that pay off every time. The outros to “Exit Music (For a Film)” and “The Tourist” still blow me away every time I listen to them. Thom Yorke’s grasp of harmonies is some of the best I’ve seen when it comes to frontmen of rock bands, and it really is shown off on these sections of music. “No Surprises” in my opinion still stands as one of the most beautiful rock songs ever conceived by mankind. The playful, lullaby-esque guitar line is so iconic, so beautiful, with a dark twist. I can’t even stress how pretty this album sounds. And don’t even get me started on “Let Down”. The clean guitar arpeggios, combined with Thom Yorke’s sweet melodies come together to create my personal favorite Radiohead song. The song crushes my soul and pieces it back together everytime I listen to it. The line “One day I am gonna grow wings” just gets to me, no matter what mood I’m in.

Not only did Radiohead really step up their sonic game, Thom Yorke’s knack for lyricism really came through on this project. Every line is another puzzle waiting to be solved and pieced together to understand the full track. “Paranoid Android” is a commentary on according to Thom Yorke in an interview, “the dullest f****** people on Earth.” Even the radio hit on this album, “Karma Police”, is an incredibly cryptic, sinister track with lyrics many probably don’t understand at first listen. Another standout is the creepy “Fitter Happier” interlude, a stance on everything that diagnosed human society at the time, recited completely by a computer generated voice. There are a lot of political statements on this album than most would think, like on “Electioneering”. There’s obviously a lot of negative thoughts towards the human state, especially on “Subterranean Homesick Alien”, where Yorke pleads to be abducted by aliens because that’s how little he relates to humans. And like many rock albums, there’s themes of depression and suicide on this record, most notably on “No Surprises”, which I mentioned earlier, is deceivingly beautiful. Overall, the lyrical themes are on another level when it comes to rock music.

The influence this album has is also incredible. This album effectively spawned the Coldplays and the Muses of the world, and although not everyone is happy about it, it’s a small price to pay for such a wonderful album. It’s almost like Radiohead looked into the future to create this album. A lot of the songs are basically blueprints for later post-rock songs. And even though Radiohead has abandoned this sound to style to survive on its own, its thrived throughout the years. Yes, I do admit that this album has many influences as well. The spacious elements of the album are very Pink Floyd, but Thom Yorke’s dreary, dreamy vocals fit on this sound so much better on these types of instrumentals than the ones the band presented on their first two albums. The artsier songs are reminiscent of The Velvet Underground and Nico’s “Sunday Morning”, but I think this album does a lot to keep these as influences, and create its own ground-breaking sonics at the same time.

I honestly don’t think there’s enough praise I could give this album. First of all, Radiohead went in a completely new sonic direction, and also sounded effortless and amazing while doing it. It is one of the most interesting art rock listens one could’ve had in the 90’s and still stands as a strong pillar in its genre, while never being able to be completely replicated. It’s innovative, it’s confident, sinister, and depressing all at the same time. In my opinion, this album is a 10/10 and a classic record with repercussions that are still felt today. Excluding the interlude, every single track is in my favorite tracks, and I don’t have a least favorite.