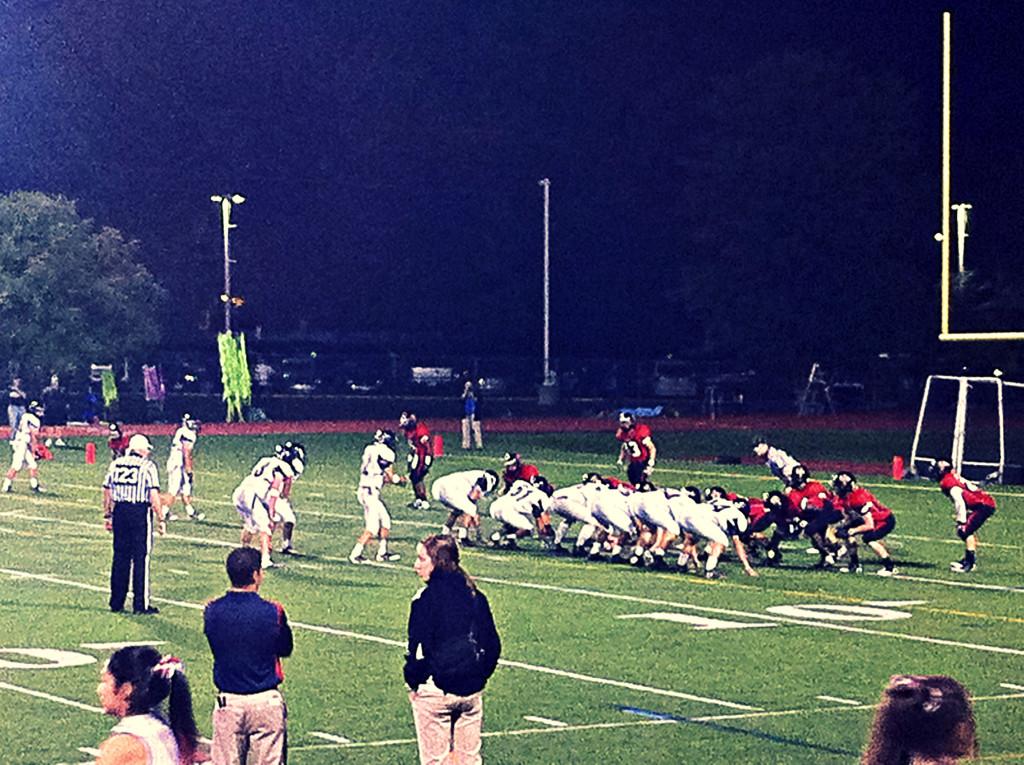 The Colonials lost to the Madison Warhawks with a final score of 17-3 after a strong first half.

The Colonials were off to a powerful start as seniors Patrick O’Connor and Rashad Laher ran the ball down the field, but they were stopped short of the end zone.  After another similarly waylaid move down the field, junior Ben Carniol kicked a field goal, ending the first half with a Colonial lead of 3-0.

A fumble on a snap near the end of the third quarter gave the Warhawks possession at the two.  The Colonial line stopped Madison for two plays before the opposing quarterback, junior Dan Powers, threw a touchdown pass. The team continued to lose ground into the fourth quarter when the Warhawks blocked punt for a first down inside the Jefferson 25. The Warhawks proceeded to make another touchdown and a field goal in the fourth quarter.

“Despite having several starters out due to injuries, our team stepped up and played as physical and tough as we ever have,” senior inside linebacker Patrick Maribojoc said.

The next game will be a home game and senior night against the Fairfax Rebels.