Riverdale ends a great first season, but can the show sustain season two? 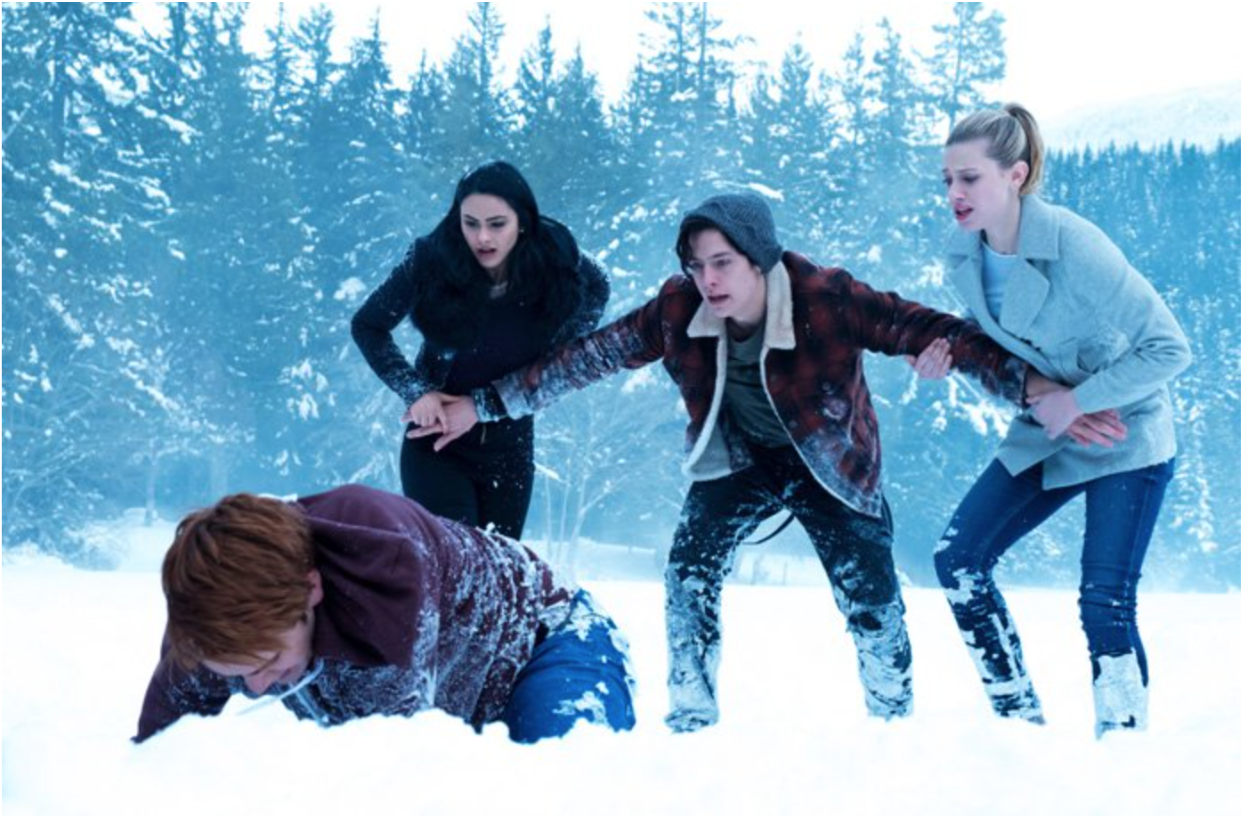 Scene from the season finale of Riverdale.

Riverdale would be any normal small town, had Jason Blossom (Trevor Stines), the star football player, not been murdered, launching an investigation that sparks family feuds and forces the town to uncover deadly secrets about its past generations. Riverdale, a new television series airing on the CW, is based on the Archie comics. It follows the story of friends Betty Cooper (Lili Reinhart), Archie Andrews (KJ Apa), Veronica Lodge (Camila Mendes), and Jughead Jones (Cole Sprouse) as they each find themselves caught up in the murder of Jason Blossom. The pilot aired on Jan. 26 and the season finale aired on May 11. The show continually surprises the viewer with plot twists and cliffhangers, and combines suspense, drama, and romance to build an elaborate, multifaceted television series.

While the murder investigation plot is commonplace, Riverdale stands out because of its characters; each character has a layered personality and complex background, filled with ancient family quarrels and dark, mysterious secrets. The viewer is not only on the edge of their seat to find out who murdered Jason Blossom, but glean the fine details of each individual character’s story and how they weave into the show’s dynamic plot. The show is perfect for any fan of mystery.

Personally I appreciate the dominance of strong female characters throughout the show. Riverdale features an entire spectrum of powerful women: from mothers who fight to preserve the family name in spite of ill-run businesses to high school girls who rebelliously take on the Jason Blossom’s murder investigation. The show definitely underscores the fundamental value of women in society.

Furthermore, the first season of Riverdale portrays excellent dialogue, costume design, and acting. The script is unique for its meticulous attention to detail; while the plot of the show is far from that of any of the Archie comics, the prose-like dialogue and accentuated features of each character depicts the comic-based foundation of the show. Additionally, the score for each episode fits amazingly with the each scene, emphasizing the drama.

At first the TV show featured many plot twists, that truly surprised the viewer. However, I must say the final episodes were somewhat anticlimactic to the show. The second to last episode solved the mystery, labelling Clifford Blossom as the murderer, which, based on the events of the last three episodes, was predictable. I found it interesting, however, that the finale actually focused on how each character recovered from the news. I enjoyed the greater focus on Jughead and how he must cope with his father still being held in custody, for his position as a gang leader, despite his innocence in Jason’s murder. Jughead’s quick adaption to life in Southside High School and his new membership as a Serpent was interesting, and I’m excited to follow that piece of his story in the next season. However, the final murder of Archie’s father seemed unnecessary and like a questionable start into the next season. Will the next season follow the same “murder mystery” format? If so, I’m afraid that the second season won’t be comparable to the first– how much more can they complicate the plotline without sacrificing the perfect spot each character seems to be at in the show right now?