“Guardians of the Galaxy 2” soars into the box office 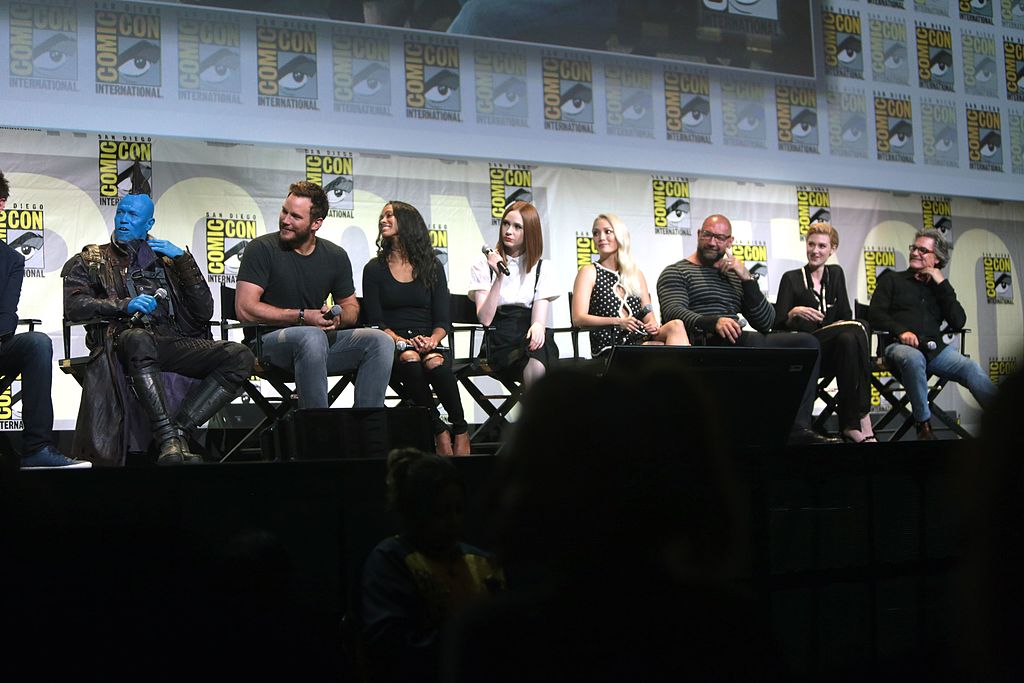 The Guardians of the Galaxy cast during the 2016 San Diego Comic Convention.

Where can you find a mini talking tree, an angst-filled racoon, and a snarky blue freak of nature? Marvel’s latest movie, Guardians of the Galaxy Vol. 2, expands on the far-flung galaxies of its lovable predecessor.

The movie picks up right where the first left off. Peter Quill and the Guardians are saved by Quill’s long-lost dad, Ego. Peter seems to have gotten the father of his dreams, but something sinister is afoot. Meanwhile, golden lunatics are closing in, and Yondu’s crew is growing restless.

Despite its promise, however, the sequel did leave me with a slight feeling of disappointment. Everything seemed to be sailing smoothly: the soundtrack was just as funky as before, baby Groot was adorably confused, and the story seemed to highlight a winning juxtaposition of wit and violence. But halfway through the movie, the novelty had worn off. Vol. 2 suffers from the ‘middle child’ syndrome– still good, but less so in comparison to the first.

Director James Gunn pulls in new themes of family love, showing growing relationships between sisters Nebula and Gamora along with Peter and Ego. Classic tropes on blood family vs. a chosen family (the crew) are not exactly subtly positioned. This extra cheese may have been a bit overplayed, but is thankfully saved by some well placed jokes. While the story was darker and more inward looking than the first, I still found myself laughing at decidedly violent portions of the movie.

The unique characters filled the holes where the plot dragged; each had their own interesting sense of humor, to say the least. Thankfully, instead of recycling old characters until they grew stale, Vol 2 expanded the role of less prominent characters and introduced new ones (like the ever-charming Scarface).

That being said, sometimes the humor got a bit over-the-top. For example, when the Guardians were being chased through an asteroid field, some immature infighting leads to a near death experience. Yes, I know that the team is suppose to be dysfunctional, but don’t they care about living? Even a teensy bit? Moments like this sucked away the gravity of the situation and left me less engaged.

All in all,  I enjoyed the movie. Although the Vol. 2 has more heft than the first, it sets itself up nicely for a sequel. The retro vibe, stunning effects and sharp humor will amuse both teenagers and adults alike.