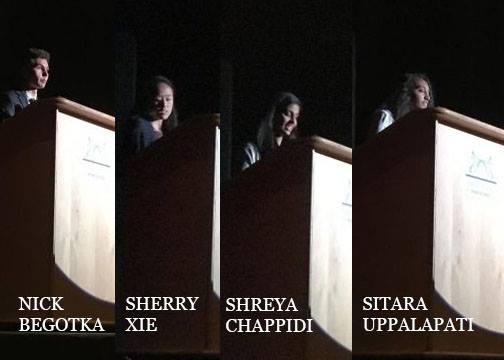 Made by Aryaan Hussain

The Student Government Association (SGA) and the Student Advisory Council (SAC) are student organizations that voice concerns to the administration, organize school-wide events, and foster a more enjoyable experience at TJ. The SGA consists of four offices: Secretary, Treasurer, Vice President and President. The SAC is made up of four delegates with equal say in prioritizing decisions and concerns.

The Secretary for 2017-2018 will be junior Shreya Chappidi and the Treasurer will be sophomore Sitara Uppalapati. Next year’s SAC delegates will be sophomore Ish Sethi and juniors Akhil Rekulapelli, Frank Tian and Louise Hicks. President Nick Begotka will be joined by Vice President Sherry Xie.

Information about all the candidates this year can be found here.