Subbing vs Dubbing: the Endless War 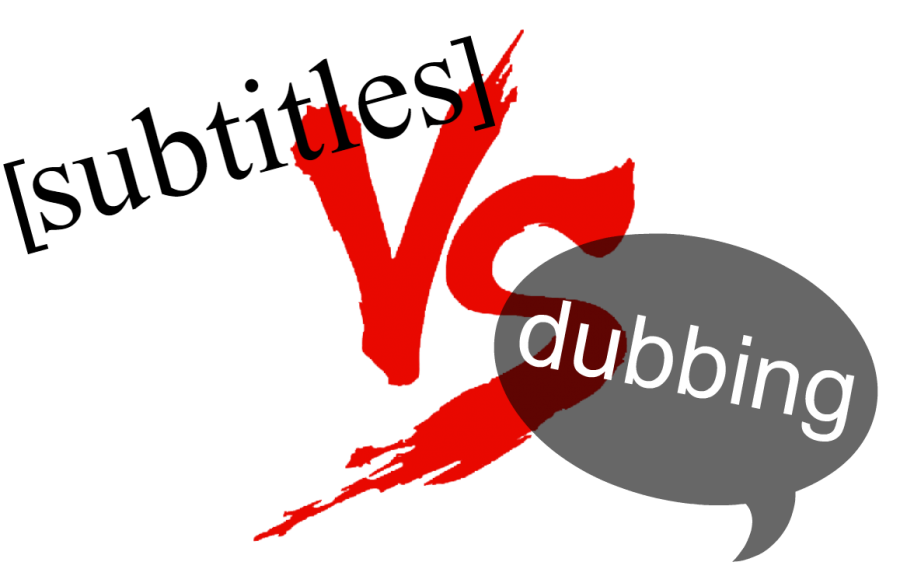 A graphic depicting the debate between subtitles and dubbing.

In this age of global networks, consumers have growing access to products from countries all around the world. This ongoing trend is not limited to physical products, but also various forms of digital entertainment.

And that brings us to the age old question: which is better, subbing or dubbing? The first is using subtitles, or an addition of a line of translated text on top of the original video. This allows viewers to hear the original soundtrack while still understanding what the actors are saying. The second is dubbing, or swapping out most of the soundtrack for lines voiced by domestic voice actors. While making more changes, dubbed media allow the viewers to focus on the video and not miss any actions.

While most forms of entertainment only require replacement of text, the position of being a sure way of smoothly translating movies and television shows is highly contested between these two methods.

Both have their own merits and demerits, but there’s a reason why more people prefer subbed works. In a study by OTX Research, researchers found that for the Swedish film The Girl with the Dragon Tattoo, 45% of the audience who saw the subtitled version described it as “excellent” in comparison to the 26% of the dubbed audience.

This is most likely because due to discrepancies between languages, dialogue is difficult to translate in a way that both makes sense and fits smoothly into the original allotted time for the words. Dialogue provides a medium for character traits and quirks to be displayed discreetly. Even if the original meaning remains intact, the dubbed lines and the movement of the characters’ mouths will still often be distractingly off, especially for live action films and shows.

However, subtitles may detract from the viewing experience. Having to read additional text means that the viewer might miss some of what’s going on. Though that’s not big of a deal if you’re watching on a personal device and can rewind, but it can’t be fixed when in a public venue. In addition, it can alter the way people view the media itself. When watching horror, most viewers would look away or close their eyes at parts they can’t stand, but if they want to understand what’s being said, they can’t as they have to read the subtitles.

But the pros far outweigh these few cons. The translation is more accurate – and onscreen words can also be translated, allows viewers to hear the original actors, and are less obtrusive even if there is added text. Dubbing is far more a hindrance to foreign films and shows than subtitles ever will be.