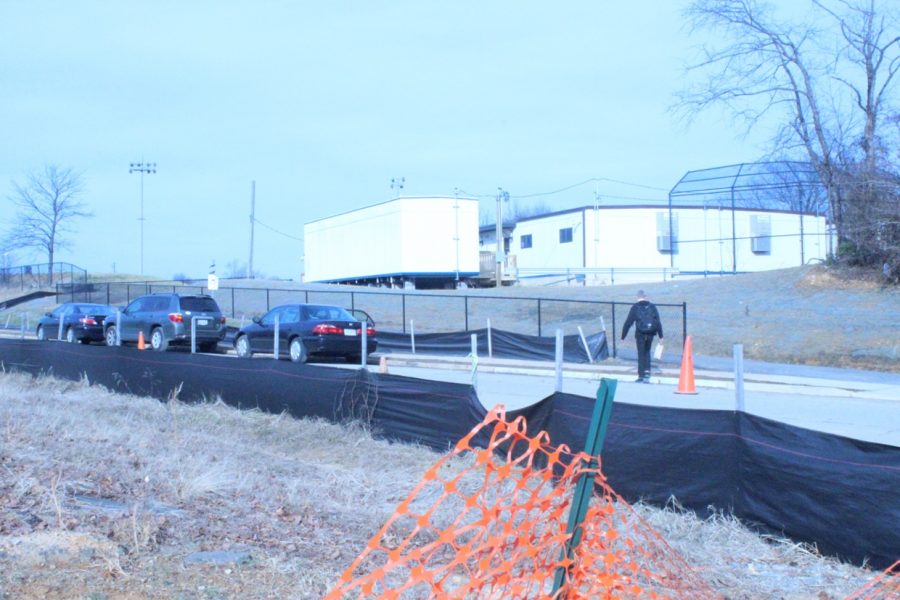 Students were notified that they would have classes in here in January 2014. The trailers have been in use ever since.

Because of the completion of the renovation, the trailers near Weyanoke Elementary School were closed after Spring Break.

One of the major problems with the trailers was the extremely long commute. The trek from the dome to the trailers is probably one of the longest between-class commutes I have ever experienced, taking nearly five minutes. As a result, I would often be nearly late for my classes, arriving a minute or two before class started. However, with everything in the building, the distances will hopefully be a bit shorter, and students will be able to reach their classes faster, and thus being late less often.

The other notable problem with the commute to the trailers is that it is outdoors, and precipitation happens quite often outdoors. Rain results in wet students, as most lack the time to grab an umbrella, even if there is a functioning one there. To me, this one commute has made me utterly despise rain on weekdays, as I am forced to march through the water to get to my class. With all the classes in the building, however, students no longer need to get wet while going to class, and Jefferson will never have an inverted, ripping-at-the-ribs umbrella again. While I will miss walking to class in sunny weather, the fact that there are outdoor areas all over the building means that those who want to go outside can do so.

While the removal of the trailers solves the aforementioned problems, there are still a few issues with commutes. For example, there is hardly anything to look at while you commute; the whole school tends to blur, as there is a lack of easy-to-identify landmarks. I find this problem extremely evident in the newly-opened hallway, as I often make a wrong turn to leave my math classroom. However, this is easily fixable with painting murals on the walls, or putting up other decorations, as the Student Government Association is doing by painting Jefferson’s walls. Another problem is that the already congested hallways will now have all of our nearly 1800 students in them all at once. One solution to this problem would be to promote having students use the outdoor commons area near the Nobel Commons and the Library as a route to cross the school.

The removal of the trailers, while causing some feelings of wistfulness for some, will ultimately do good for the student body, as it compacts the school into an indoor, medium-distance commuting environment while also removing the need for umbrellas for students. This will mean students will have one less thing to worry about at school, thus reducing stress. To improve on this, we can try to solve other annoyances of students at Jefferson.