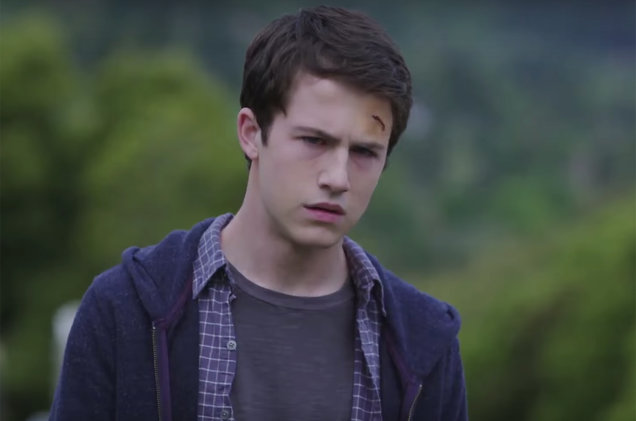 Clay Jensen in a scene from the trailer for the Netflix series "13 Reasons Why".

Imagine coming home from a long day of school only to find a shoe box on your front porch filled with seven cassette tapes. There is no indication of who could have sent it, only instructions left by a girl from your school who had committed suicide two weeks prior. She says that you receiving the tapes was no mistake, that every person who was sent the box contributed to her decision to kill herself in some way. After listening to the tapes you must deliver them to the person mentioned after you in the tapes. If you don’t pass on the tapes, every recording will be released to the public and everyone will know that you are a horrible person.

13 Reasons Why (also known as TH1RTEEN R3ASONS WHY) follows Clay Jensen, a seventeen year old high school student, and his journey with learning about why his biggest crush decided to kill herself. Originally, the story debuted as a novel by Jay Asher in 2007, and in January 2017 it was announced that it would be adapted into a Netflix original series.

One of the main plot points of the book was the addictive attitude Clay had towards listening to Hannah’s tapes, he didn’t stop for any moment, going as far as to leaving his home in order to listen to the tapes in peace. It’s this characteristic that makes the story so intriguing and realistic, Clay’s actions reflect that of any human when placed in a suspenseful situation, and the continuity of each tape makes a compelling tale.

However, in the show, each side of the tapes (13 sides total) have a whole one hour episode dedicated to them, and within them the simplistic and solemn attitude of the original book is lost. Instead of binging the tapes in order to desperately find out why his crush committed suicide, Clay listens to each tape individually before directly confronting the person who was mentioned in it.

While it may seem like a minor issue, the elongating of each tape and Clay’s interaction with them allowed room for a lot of error. The show added visuals of Hannah’s perspective when going through each traumatic moment, and while this is fine, some of the shows decisions are questionable, mainly Hannah’s suicide. It’s extremely graphic and very raw, there were no cliche sad songs while Hannah thinks of her life, instead she was surrounded by silence as she cried alone in her bathtub, bleeding from her wrists and slowly dying. It’s detailed and painfully real, and to some extent it’s almost a “how to commit suicide” video, and there may be some unfortunate reactions from viewers as a result.

There is also a poor handling of the other characters such as Jessica, a former best friend of Hannah, who gets raped and yet continues to be friends with her rapist. The handling of Clay’s reactions are also flawed, they’re over glorified for the sake of drama. There is no binging on her revealing what led to her suicide, instead Clay breaks away and tries to get involved in something he has no idea about, or at least would get more context about if he had listened to the tapes all the way through.

I am not saying that the show was bad, in fact I actually enjoyed it and found the story to be just as compelling as the novel, but I’m uncomfortable with the amount of intense drama in it and the mishandling of suicide. In the end the show fed the many myths around suicide, such as that suicide is selfish, as well as over glorifying Hannah’s tale thus trivializing bullying and suicide in general.
One of the biggest points I want to get across is that there is extremely triggering content within the show. I am in no way sugar coating when I say that the show contains extremely graphic rape and suicide, so be prepared if you wish to watch it.