A Look Back at the American Country Music Awards 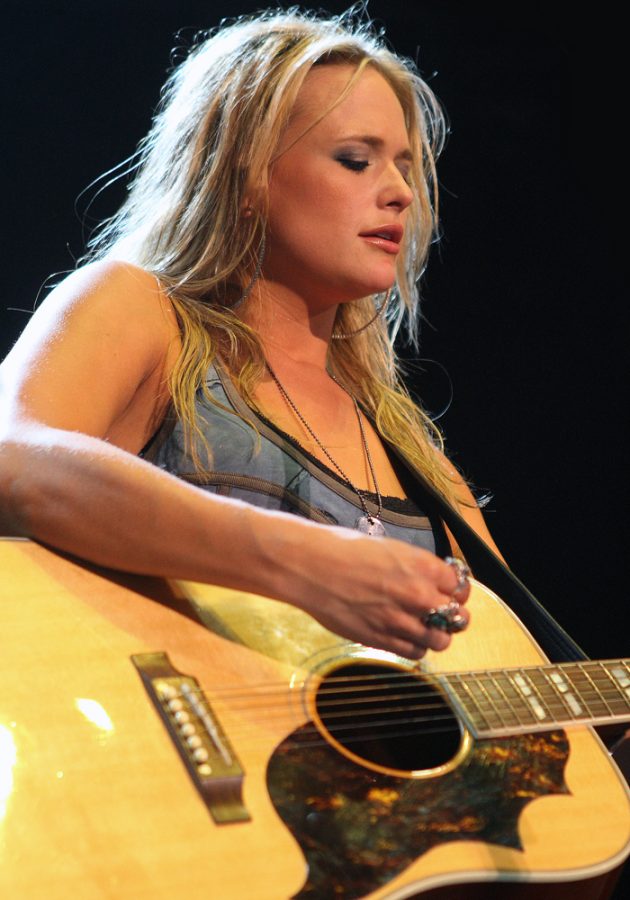 Miranda Lambert won her eighth straight Best Female Vocalist Award, as well as winning the award for the Best Album.

At the American Country Music Awards on April 2 in Las Vegas, country music artists received many awards, such as Best Album and Song of the Year. Artists receive these awards to commemorate their excellent works done over the previous year.

Luke Bryan and Dierks Bentley co-hosted the awards for a second year, and while they did try to keep the mood light by cracking some jokes, some of them fell flat. One of the noticeably tasteless ones was said by Bryan to Bentley, “Did you slip me a roofie?” At first it may seem harmless, until the realization sets in that it was most likely a well hidden rape joke, as “roofies”, also know as the drug Rohypnol, are commonly known for their involvement in cases of sexual violence.

During the announcement of the first award of the night, song of the year, David Copperfield and Nancy O’Dell referenced the Oscar mess up earlier this year, and after a few moments of fake confusion made a joke about how the award went to Emma Stone for her role in La La Land.

There were 21 performances as well. These performances were done by artists who were either nominated for an award or are famous country music performers, such as the Beastie Boys.

The Brothers Osborne won Vocal Duo of the Year and Top New Vocal Duo or Group, yet during their performance they only performed half of their song, “It Ain’t my Fault.”

Lady Antebellum, nominated for Vocal Group of the Year, brought out the University of Las Vegas marching band and performed “You Look Good” with them, it brought a flair of jazz to the upbeat song.

Sam Hunt performed “Body Like a Back Road” and spent some of it in the crowd next to his fiancée.

Miranda Lambert won Best Female Vocalist for the eighth year in a row, setting a new record for consecutive wins in that category. Miranda Lambert also won Album of the year for “The Weight of These Wings,” a collection of songs written in the aftermath of her divorce with fellow country star, Blake Shelton.

Thomas Rhett won both Song of the Year and Male Vocalist of the Year, pulling two upsets as he was considered the underdog compared to his front lining competitors.

The Backstreet Boys started of their performance with Florida Georgia Line, winners of Vocal Event of the Year and Single Record of the Year, by singing their collaboration “God, Your Mama, and Me,” and immediately followed it by performing one of their arguably most famous songs, “Everybody (Backstreet’s Back),” which brought a large bought of ‘90s nostalgia to the crowd and viewers watching.