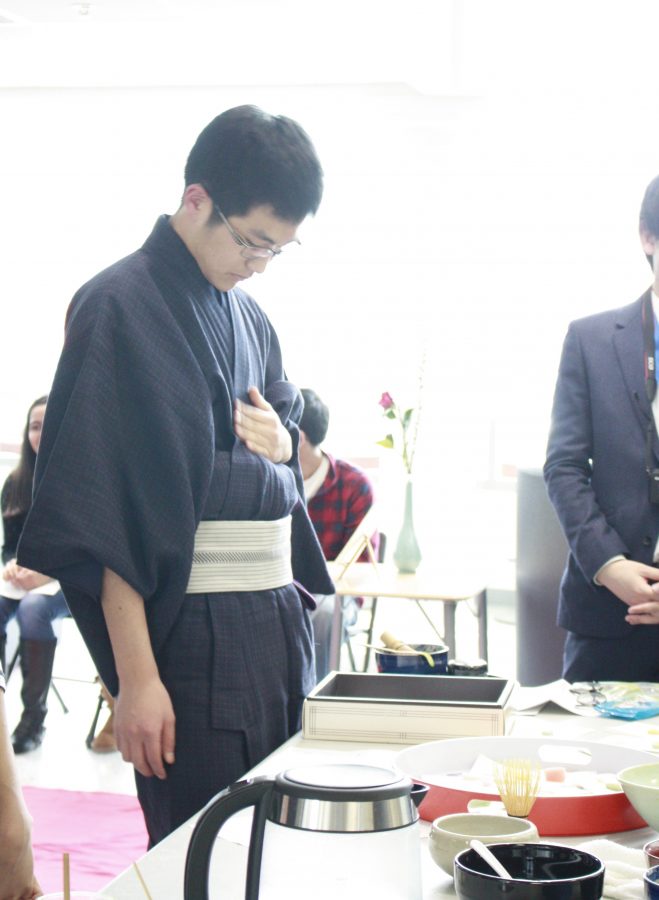 Flying 6,701 miles from Wakayama Prefecture in Japan, every year, twelve students from Chiben High School make the trip to America to experience what it is like to attend school at Jefferson. Chiben High School has had a student exchange program with Jefferson for over twenty years where their students stay with a Jefferson student for two weeks to build bonds between American and Japanese culture.

The close interaction between citizens from a foreign country provides a unique opportunity for Jefferson students to more easily understand the nuances of each culture that can not be obtained from standard classroom lessons.

“[You can understand their culture better] because you are spending time with a person of an entirely different culture like they’ve never been exposed to American culture,” sophomore Geetanjali Gandhe said. “For Rinon [my exchange student], this is her first time abroad so it’s really interesting to see their reactions to how we do things in America and TJ.”

Additionally, after the school day, Jefferson students take the exchange students to participate in various activities to immerse them in American culture as well as to get to know the Japanese students outside of an academic setting.

“They had a karaoke night, they went to a trampoline place, we had a Thanksgiving party so we could explain to them the Thanksgiving culture,” sophomore Michelle Yue said.

The Chiben High School students also gave presentations throughout their stay on their interests to the Jefferson students in the Japanese class as well as participating in eighth period events such as a tea ceremony on their last school day at Jefferson and a performance with the Japanese Honor Society at iNITE.

“[My favorite memory was] probably iNITE. Everybody was together and we were dancing together and everything. [We] did Soranbushi, a traditional fisherman dance,” junior Kai Riley said.

With interaction between two vastly different cultures, the students participating in the program were surprised about some of their peer’s behaviors.

“One thing that we were talking about is like how they finish everything on their plate. They eat everything my mom gives them. Even though it’s food [Rinon]’s probably never seen before because we eat a lot of Indian food, she still eats everything,” Gandhe said.

Because the American and Japanese students are still learning Japanese and English, respectively, there is still miscommunication.

“I think we’re both really trying. I tried to speak Japanese to them and they tried to speak English, but sometimes it doesn’t always work out,” Yue said. “I’m only in Japanese 2 so my understanding of Japanese is very small so I only have a limited selection to talk about or ask about but the same thing goes for them.”

However, the students still found connections between their two cultures that built a friendship across linguistic barriers.

“Their humor is very similar to ours,” Yue said. “They’re definitely not as different as I thought they would be.”