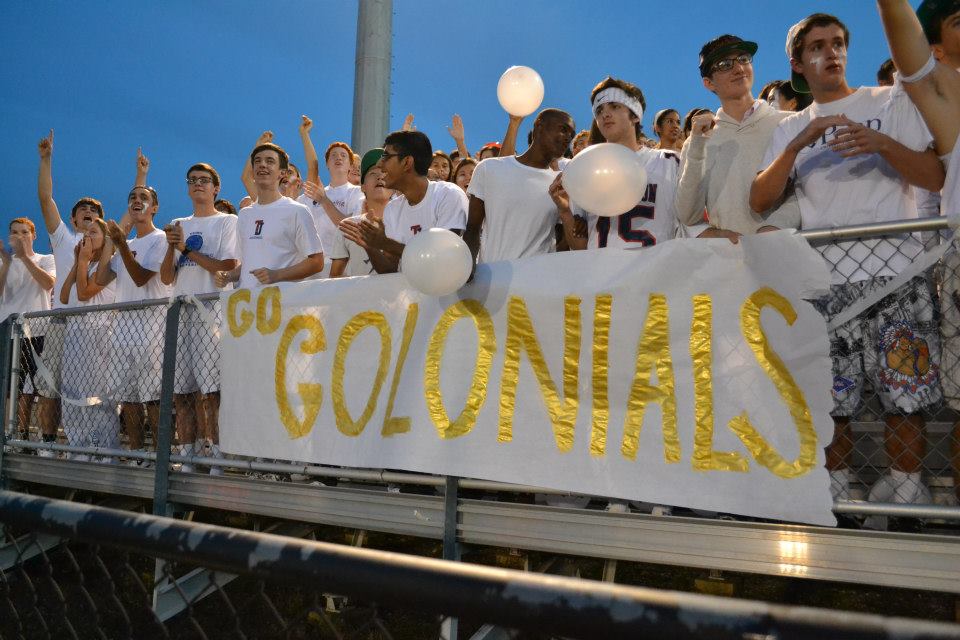 Jefferson football fans show support for the team in the game against Wakefield.

The Jefferson football team will take on Stone Bridge High School at home on 7:30 p.m. Friday night. Earlier in the week, Gameday magazine ranked Stone Bridge as the number one team in the Northern Region, while Jefferson was ranked ninth. The game is one of the most anticipated games in the season for the Colonials.

The Bulldogs are currently undefeated, while the Colonials are 3-1. Both teams won their games last week, with Stone Bridge toppling Broad Run High School, 37-14. Jefferson dominated J.E.B. Stuart High School, with the final score of 42-0.

“Stone Bridge is the best team we face all year,” senior captain Patrick O’Connor said. “We’ve never beaten them before, but this year we have our best team in ages and we have a chance.”

As the game day approaches, the excitement is building for both the players and coaches, who have been training for several weeks to score a win in what may be the most important game for Jefferson this season.

“We hope to be 4-1 next week,” football coach Michael Richter said. “I believe in this team’s ability to win football games, because of how we prepare. We prepare the same way for every single game, and no one game is bigger than the next.”

The game is a “Pink-Out,” and the team is relying on the fans to come out and show their support. The Facebook event for the game currently has 153 attendees.

“When there’s a crowd of people yelling for you and cheering for you to win, you have a whole different mentality and level of intensity,” senior Weldon Burrow said. “You get this feeling that you can’t let them down, and this ensures that you play 100 percent.”