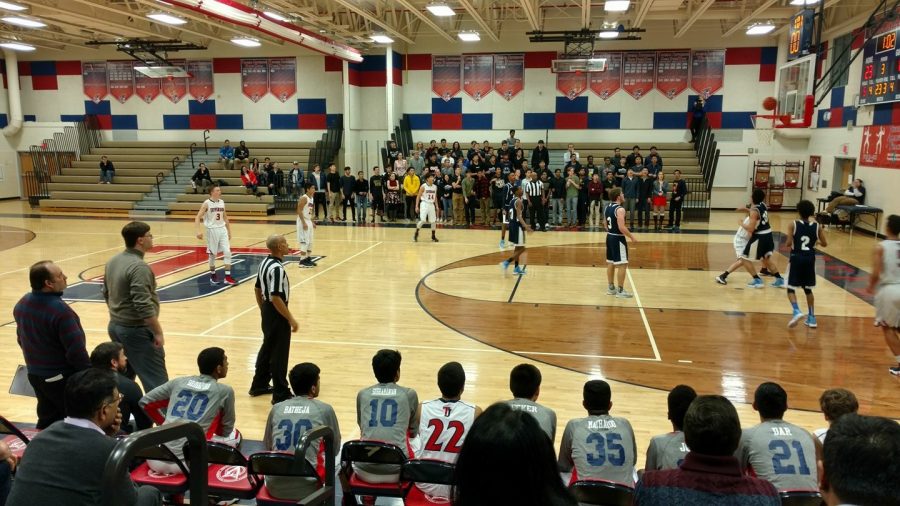 Image Courtesy of A. Gray-Mendes

The Boys team prepares to make a rebound on Tuesday, Feb. 14.

The boys and girls varsity basketball teams will play tonight at 5:45 for third in the Capital Conference, and for a spot in the regional competition at Edison and Marshall, respectively.

The Boys Varsity team beat JEB Stuart by a score of 37-33 on Tuesday, Feb. 14. The Colonials were led by senior Chase Brown, who scored 19 points, and senior Tim Cho also helped in keeping Jefferson’s momentum going. Jefferson’s defense held Stuart to one third-quarter point, and kept the leading scorer in the conference, Stuart’s Samer Khalil, to only 10 points.

On Wednesday, the boys lost to Wakefield, 39-70, and the girls lost to Edison in another overtime game, 40-51.