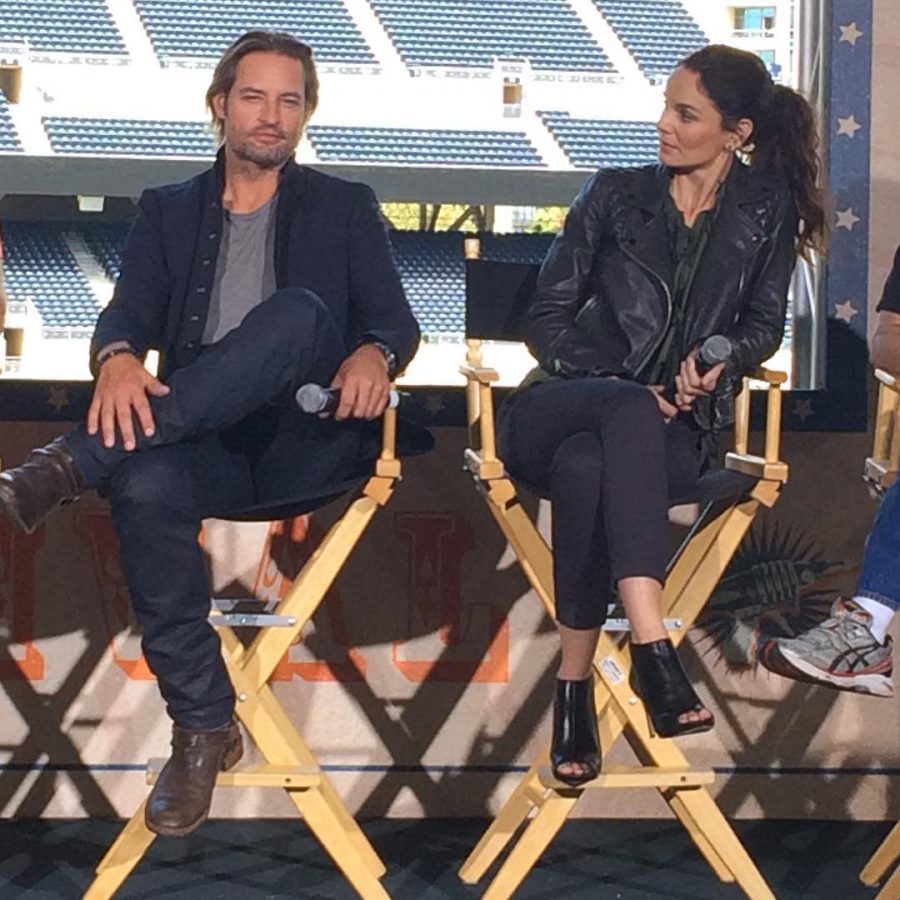 USA Networks released the much anticipated second season of their popular show Colony on Jan. 12. Their gritty Sci-Fi drama has given viewers a real glimpse of what happens after an alien invasion. The show ran from January to mid-March 2016, and now it’s back with the much anticipated second season. Many critics note its allusions to German Fascism, the Holocaust, and the Iraqi Wars.

The first season scored an 80% on Rotten Tomatoes, based on 25 reviews, and a solid 7.3 based on IMDb’s reviewers. It was notably popular most likely due to the fact that most shows or movies portray the action during an alien invasion, but not anything after it. Creators Ryan Condal and the well-known Carlton Cuse really made it interesting by asking the question, ‘What would happen if the aliens succeeded?’.

During the first season, Carlton and Cuse did an excellent job introducing the characters in my opinion, providing a decent plot foundation for the episodes to come. The goal was mainly to chronicle the struggles of the Sullivan family (which isn’t their real last name) trying to get back together and balance all the things that happen to them.

The show is made even more ominous by the inclusion of armor-clad floating drones acting as laser-equipped security cameras. Do anything wrong outside, and you might just pay for it with your life. If your transgressions are a bit more secretive, you’ll just be hauled to ‘The Factory’ and be forced into slave labor.

Billy Sullivan (Josh Holloway), whose real name is Will Bowman, is a former FBI agent working as a mechanic to get by in the new way of life everyone has to now deal with. Katie Sullivan (Sarah Wayne Callies), Will’s wife, owns a bar in the downtown L.A. bloc. The “Yonk,” short for Yoknapatawpha, is subtly named after a fictional county created by William Faulkner. That serves as a tribute to ‘Lost,’ another creation of Cuse’s. Katie and Will’s daughter Gracie and teenaged son Bram ride their bikes to school like almost normal kids. Their other son, Charlie lives in another city.

Everything goes haywire when Will uses his skills as a former Federal agent to sneak past the tight security at the L.A. wall to get into Santa Monica (where the Sullivans believe Charlie is). Often critics will note that this reminds them of German Fascism in some ways, since the German police had a great deal of power over the people and had tight security. After a major twist at the end of the pilot episode, he is imprisoned and offered a deal: help the Transitional Authority (police) quell the resistance or you will be executed and your family forced into slave labor. This was really reminiscent of the Holocaust, because that is basically what the Germans did.

The new first episode of the second season acted as a sort of prequel to the series, revealing a lot of what really happened to bring the characters to what they were at the beginning of season one. It begs the question on whether other episodes in the series will be like this. Writers finally gave the story of the Arrival, an event characters in previous episodes refused to explain or even think about. Since it had been almost a year since a new episode had come out, I commend the cast and crew for the reintroduction of the characters, reminding viewers of their most important personality features. That aspect was so expertly weaved into the narrative and natural character banter one might not even notice.

The episode also gave us insight into exactly how the Hosts attained control of, presumably, the world. The writers explained a lot about the attack, how the walls were put in place, and how the governors (Proxies, as they are called) of each Colony were selected from a pool of millions.

My favorite thing about the series as a whole is the complexity of the social network there. Just like a slightly less complicated Game of Thrones, USA’s ‘Colony’ really showcases the divisions caused by cutting off a city from the outside world, and the complicated relationships people forge with each other. That serves to make the show both interesting to watch and extremely realistic. The viewers really look forward to seeing what twist the next episode will bring to the plot, and how that affects all the characters, through word-of-mouth and family ties.

At the arrival of the ‘Hosts,’ Will and Katie’s son Charlie was separated and brought to another city to live. It seems that the familial goal has been established to bring Charlie back somehow. I think it really adds another sweeter side to the show, even with all the terrible things happening. Each of them gets in some trouble with the new government at some point, which always messes things up completely, but it gives us as viewers a great look into how the government functions. I think it was an excellent first season, but, judging by the start, the second season should be a vast improvement.