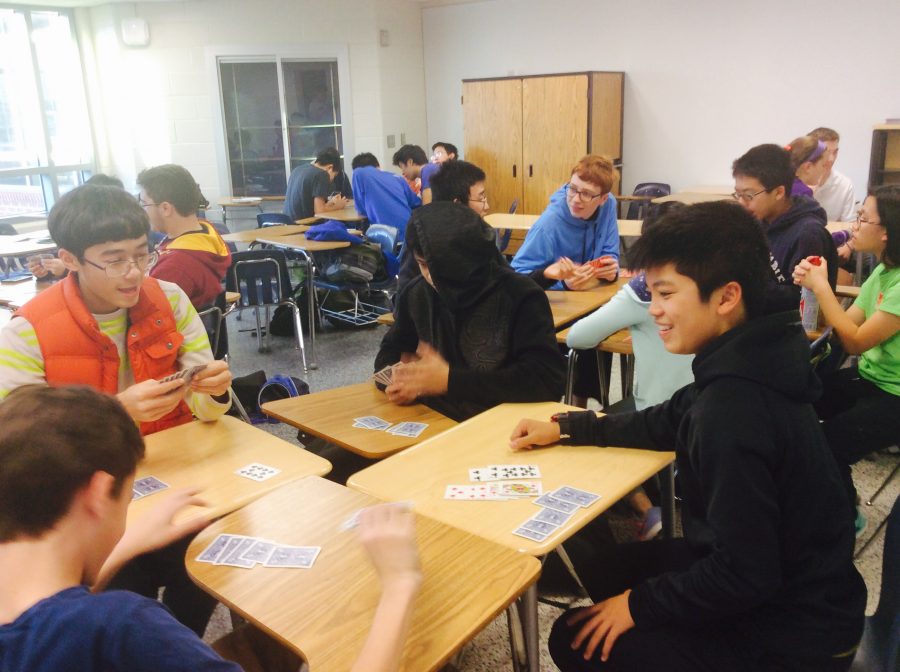 According to a survey, 63% of  200 Thomas Jefferson High School students are unaware that Jefferson has a bridge club, even though the club’s 32 sign up slots on Friday A and B blocks quickly fill on Jefferson’s intranet website each week. As a result, many students miss out on the exciting and interesting aspects of the game.

The game bridge is a trick-taking card game that involves 4 players and a standard deck of 52 cards, which utilizes memory, tactics, and critical thinking skills. The club is open to students of any skill level.

“I am unaware that TJ sponsors a bridge club for students,” freshman Paul Williams said. “But I am curious in the bridge club’s activities.”

In addition to Williams, other students are also unaware of the bridge club’s activities, such as preparing for Jefferson’s quarterly tournaments.

“I did not know that TJ had a bridge club, but I am interested in what the bridge club has to offer,” freshman Chris Jose said.

Despite this, however, the bridge club is an activity-rich club that provides recreational time for bridge lovers and opportunities to compete. Students are also introduced to advanced levels and skills of bridge. In addition, there are dedicated members who truly enjoy the game of bridge for its complexity and excitement.

“Although this is my first year attending the bridge club, I have always had an interest in the game bridge and joined the bridge club after discovering that Jefferson sponsors a bridge club for participating students,” freshman Michael Kruppa, a committed Bridge Club member, said.

Many students like Kruppa have had great interest in the game bridge, whether it was learning the game from family members, friends, or researching and learning the features of the game, manually.

In addition, Kruppa,  Chung, Stephen Arndt and Kevin Tang plan to continue to participate in the bridge club, and Kruppa expressed his enjoyment to the bridge club, regarding the value and importance of friendship and the bridge’s complex features.