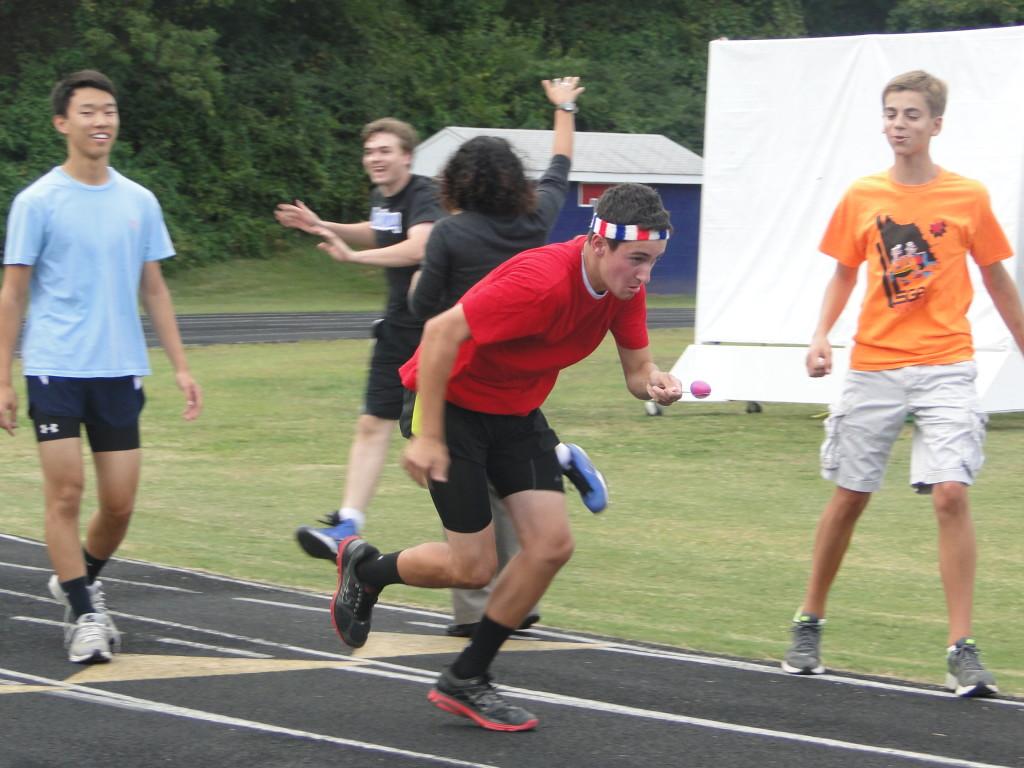 Students in every section of the stadium bleachers rise to their feet in anticipation as they watch senior Taylor Culman race to the finish in the 4×100 “Egg Drop” relay.

Culman was just one of many who participated in the relays held during the annual fall sports pep rally yesterday. To kick things off, SGA president Allison Chou and vice-president William Lucht announced the fall varsity sports teams and their members.

The bleachers were filled with excitement from the start, as this was the first year that the rally was held outside by the track. With the additional space available, the entire student body could attend together.

“It was an electric atmosphere, and everyone around me was excited for it to start,” senior Alex Li said.

Following the introductions, Jefferson’s Marching Colonials and color guard combined for a stunning performance that left many in the audience cheering during and after the performance.

Along with the usual parade of sports teams and the following acts were the newly added festivities. Students from each grade and staff members were pitted against each other in a 4×100 relay, with social studies teacher Scott Campbell winning in the final leg.

In the “Egg Drop” relay, a 4×100 that required the runners to race while holding an egg in a spoon, Culman and his team of seniors, Justin Hwang, Sean McElrath and Alex Sands, won by a considerable margin.

Students maintained their level of excitement throughout the rally. Some were pumped by the relays while others looked forward to the different class cheers.

“It was interesting for all the classes and the staff to go head to head in different relay races,” sophomore Solomon Shewit said. “It was fun to hear everybody cheer for their class.”