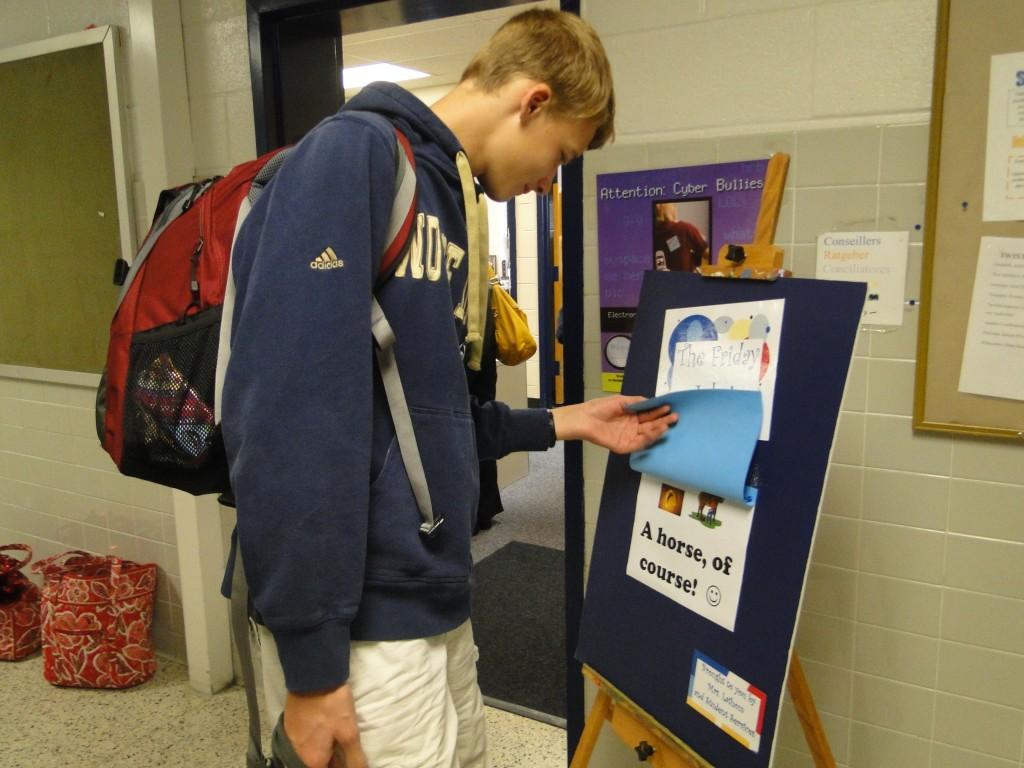 Come Friday morning, the first stop for many students heading to class is the little blue board outside Student Services. First, there’s the loaded question. Lift the flap, and there’s the silly answer. The response? Perhaps a groan, perhaps a chuckle, always a response.  It’s the joke of the week.

The joke is put up each week by guidance counselor Tonya Lathom, who inherited the responsibility from former counselor Vicki Doff. She gets the joke from various books, joke websites and even student e-mails. Additionally, members of the Student Diversity Initiative also help Lathom to find weekly jokes during their club meetings.

“It’s supposed to be a pick-me-up, a morale booster, after what we all know can be a stressful week,” Lathom said.

Students find the joke to be quirky, cheesy and fun. It’s just a little reminder that it is Friday, and the week is almost over, so they look forward to it. While it’s not always the best joke, students find it nice to have.

“It’s something I kind of look forward to. But it is like a bad friend. Sometimes the jokes are great, sometimes they let you down.” sophomore Prashanth Panicker said.