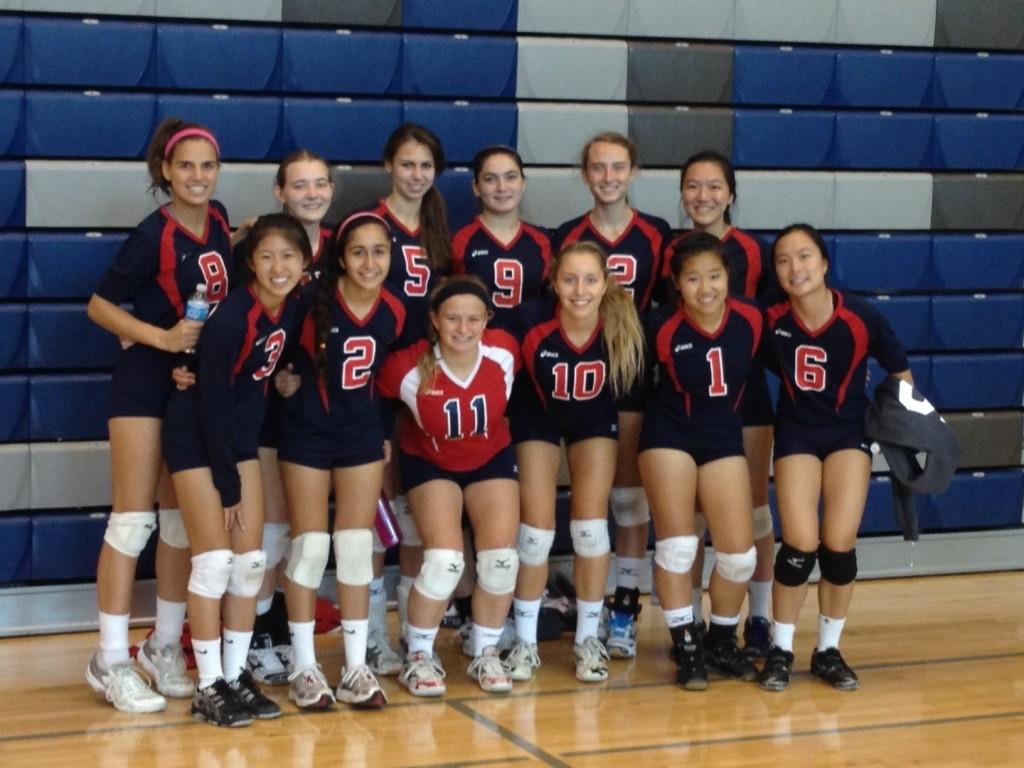 The crowd went wild on Saturday at the W-L Generals VolleyBRAWL Tournament as the Colonials started off the day strong, defeating last year’s champions, the Lake Braddock Bruins.

“This was a huge win for us because they just beat us in a game a couple weeks ago. They won this tournament last year so everyone was hyped up,” senior Schyler Pa said.

The Colonials continued to play strong with another win against Chesapeake High School, but fell short against Washington-Lee, the host of the tournament, and finished second in their pool.

In the semi-finals, the girls put up a good fight against Yorktown, the top seed from the other pool, losing the first set and winning the second set, which led to a tiebreaker. The Colonials lost a close match, ending the set 16-14.

“The team played competitively, and we should do very well during the rest of the season,” Co-captain Christina Shincovich said.