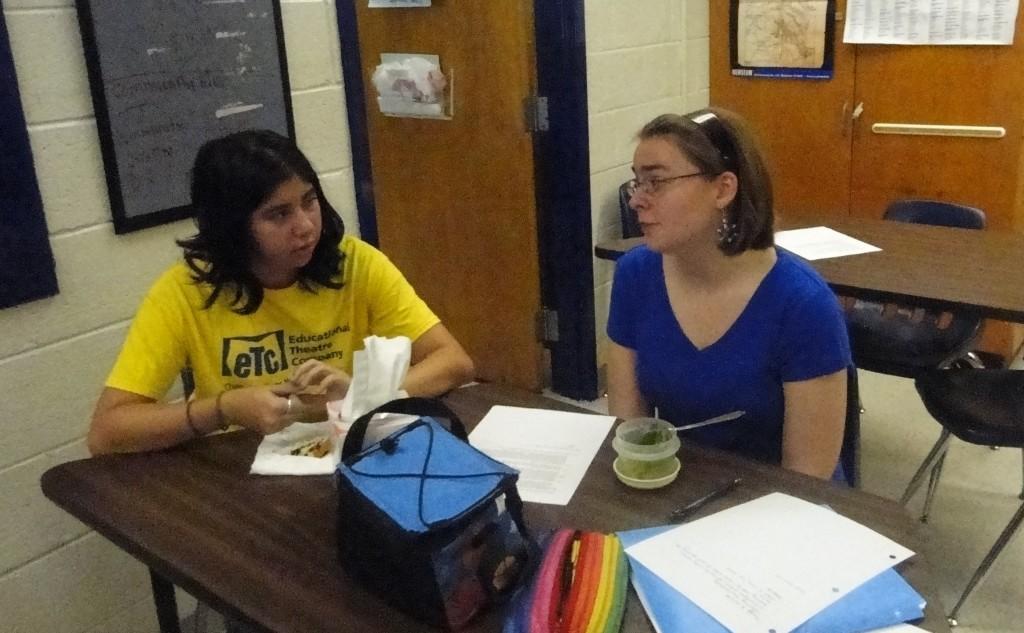 The officers of the Quiz Bowl  team, otherwise known as “It’s Academic”, met in Room 107 on Sept. 7 to debrief their new sponsors, John Laffey and Jennifer Seavey, on their plans for this year. Having met to practice periodically over the summer, the officers were already up and running. A follow-up meeting yesterday solidified the year’s schedule.

During the initial meeting, seniors and co-captains Sarah Eltinge and Raynor Kuang, , discussed the fall schedule with other officers of the club. Their first tournament, organized especially for players new to Jefferson, is on Oct. 6 at Richard Montgomery High School in Maryland.

“In the past, we’ve brought as many as five teams of primarily freshmen and sophomores to fall novice events like this one. In the next few weeks, we hope to recruit many new students to our team and organize them for this event,” Eltinge said.

In addition to the first tournament, the club is currently scheduled for five travel events, including several in Virginia, one in Maryland, and one at Harvard University. They are also trying to get two events on campus. If permission is granted, Dec. 15 will be their first hosted event this year.

Last year, the team was the VHSL state champion and placed at several other competitions, including the Partnership for Academic Competition Excellence (PACE) national tournament and the High School National Championship, which is run by National Academic Quiz Tournaments (NAQT).

The club is looking forward to building up the team this year with lots of new members competing even better than last year.

“Our main goals are to recruit new members and continue a successful tradition,” Eltinge said.