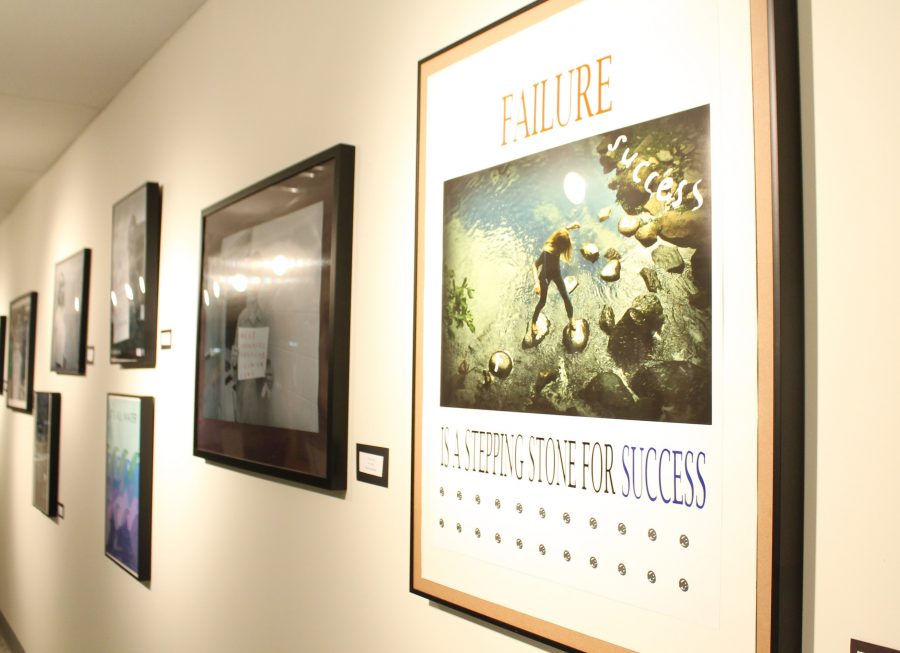 Enthusiastically singing along, a group of Jefferson students surrounded senior William Baxley as he played popular hits such as “Someone Like You” by Adele and “Demons” by Imagine Dragons on the piano in the Noble Commons. The art gala, sponsored by the Jefferson Student Government Association (SGA), gave students a platform to exhibit their artistic abilities on Dec. 16.

The SGA opened up submissions to the entire student body, inviting musical and dance performances as well as traditional paintings, photography and other artwork. For some students like junior Sam Bove who played “Stop This Train” by John Mayer on the guitar, the event provided a unique opportunity to perform.

“I decided to do it because as a self-taught guitar player, I’ve never really gotten a chance to play guitar in front of an audience before so it seemed pretty cool,” Bove said “I started playing this past spring. One day I was just like, ‘you know what I’m going to start play,’ so I went down into my basement, stole my dad’s old guitar, and just started learning online how to play.”

Similarly, although sophomore Luc Sequeira, had been painting for since childhood, he usually never let his artwork be seen by a wide range of people. Sequeira submitted an abstract acrylic paint self-portrait.

“I was just kind of like why not since I don’t usually put my art out there so I thought I would try it out,”  Sequeira. “It’s called ‘Self-Portrait’ because it’s an abstract self-portrait. I saw a canvas in my house [that] I want[ed] to use and saw a bunch of extra ‘Hitchhiker’s Guide to the Galaxy’ books so I just covered the canvas in that. At the time, I was just into the alien vibe and I sort of used that design and put on some colors.”

This year was not the first year planned for the art gala; the event had also been planned for last year but was cancelled. Pulling through this year, the art gala allowed the artists at Jefferson to reveal the results of their journey to becoming the creators they are today.

“It was supposed to happen last year originally, but then it got cancelled because of snow so we were really bummed,” senior Sravani Buddhavarapu said. “We wanted to do something this year because we represent Guitar Club. In the eighth grade I started playing bass guitar and when I learned that there was a guitar club here, I decided to join so then I started learning ukelele and regular guitar from everyone there.”