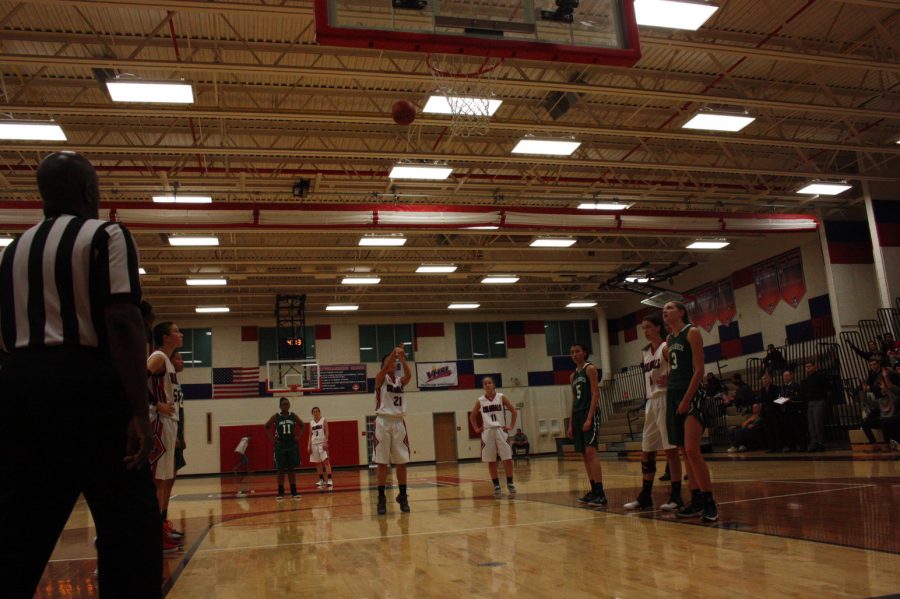 Both Girl and Men’s basketball teams faced off against the Falls Church Jaguars on Dec. 16, and although both Jefferson teams lost, both matches were tight and the fans, or the Monticello Maniacs, were engaged into the game. The Jefferson girls varsity team started with an early lead, but after a back and forth second and third quarters the Jaguars finished with a 6 point lead over the Colonials.