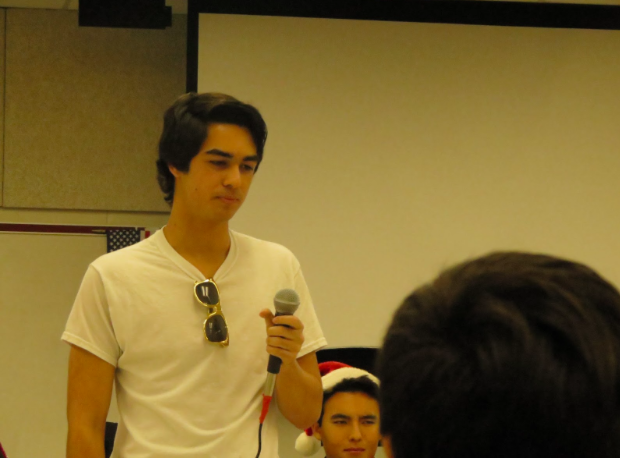 Members of Jefferson’s choir groups performed a concert  on December 7th at Jefferson in order to celebrate the holiday season, despite facing delays with receiving their music. They had also recently learned that all three of their iNite acts were cut. The choir concert featured the four choir groups — show, curricular, sirens, and man — as well as the Jazz band. Choir chose to sing Holiday songs from various times and cultures — such examples include “Mary, Did You Know?” and “Jingle Bell Rock.”

“We had to order our music, and that came a little late,” senior and choir captain Rachel Alexander said. “We’ve been doing lunch practices, 8th periods, today we have practice all day, so we’re trying to make use of all the time we have.”

Having the music come late could cause some major issues, such as a lack of practice and preparation for the concert. This would lead to a lower-quality performance in the actual concert.

“I think because the time has been so crunched, we’ve been able to really work on our music and bond really easily within the last two weeks, so I wouldn’t say that the quality has gone down, because we’re still going to have a really awesome concert,” senior and choir captain Joya Bhattacharyya said.

While practice does make perfect, the final product is what the mostly-parent audience gets to see. If a messup occurs in the final concert, then the audience does not get the best product possible. It is thus really important to eliminate mistakes and give a great performance to the audience.

“I think it went really well,” Curricular choir member Arjun Guidroz said. “One of the best things that happened was everyone’s energy was pretty high, and we all sort of got into a groove — we had a lot fun with it, and that’s really what made it good, is that we all had fun, and I hope the audience felt that.”