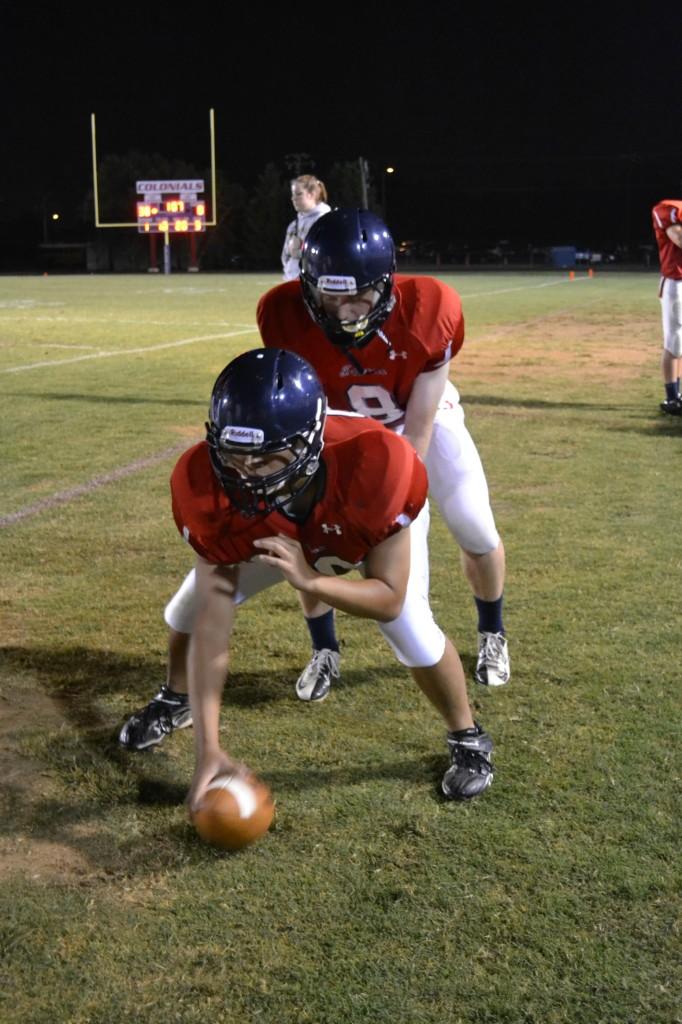 After a bittersweet loss against Langley High School last week, Jefferson’s football team dominated the field as they won their game against the Wakefield High School Warriors yesterday, with the score coming down to 45-6.

The Colonials started off strong, and never slowed down. Touchdowns were made by junior Nathan Kim, and seniors Rashad Laher, Nick Mattes and Patrick O’Connor. Jefferson continued to score throughout all four quarters. Junior Ben Carniol scored every extra point as well as an additional field goal.

The win could be attributed to both the defensive and offensive teams. While Jefferson displayed excellent offensive skills by running various plays and scoring several touchdowns, a strong defense stopped numerous plays made by the Warriors and not allowing them to score until the last two seconds of the last quarter.

“TJ did great and the atmosphere was awesome,” said junior Zartosht Ahlers. “I really enjoyed the game and I’m pretty psyched for the upcoming season.”

Like the week before, the game had a theme to it, this time being a “White-Out”, with students sporting white clothing and face paint and decorating the home bleachers with white balloons and streamers.

The game marks Jefferson’s second win of the season, and has fans fired up for the remaining seven games, three of which will be played at home.

“I thought it was a fantastic game, and TJ played really well,” said junior Vishal Talasani. “They definitely deserved the win, and we set the stage for a great season.”