One “Year in the Life” after years of anticipation 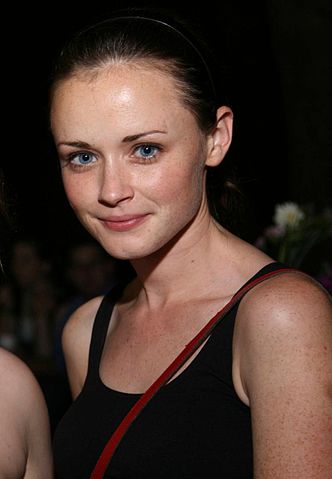 Rory (Alexis Bledel) back in 2008, a year after the conclusion of the original Gilmore Girls series.

The ending of the Gilmore Girls show in 2007 left us with many unanswered questions. Do Luke and Lorelai get together again? What happens to Rory’s love life? One would hope that after waiting years for a revival of the show there would be some kind of closure, but this is not the case.

“A Year in the Life” came out on Nov. 25, and reunited some of our favorite actors and actresses from Gilmore Girls. The four one and a half hour long episodes were released on Netflix, and each took place during one season of the year.

Although I was thrilled to see Rory (Alexis Bledel) and Lorelai (Lauren Graham) again, I was a little disappointed in the acting job in a few scenes; sometimes I feel like it was Bledel’s acting, but most often it was one of the smaller characters. Don’t get me wrong; most of the acting was fine and the jokes were still hilarious (for the most part), but I could not help feeling like some scenes were awkward. It’s understandable that the acting would not flow as well at it did before, after all it has been a long time since these actors worked together, however I still expected a little more from them.

Some of my favorite characters (besides of course the Gilmore girls themselves) in the revival are Paris (Liza Weil), Doyle (Danny Strong), Michel (Yanic Truesdale), Kirk (Sean Gunn), and Taylor (Michael Winters). Although I have always found some of these characters a tad annoying in the original show, I loved them in the revival because they were all were true to their personalities. I really enjoyed and appreciated seeing the same classic characters again.

Within the actual content of the show, I was quite disappointed in some aspects but ecstatic about others. I strongly disliked the way the way they portrayed Rory in the revival; she did things that I consider pretty bad and they brushed it off like it was no big deal. On the other hand, I loved the way that Emily (Kelly Bishop) turned out in the end; the acting was perfect for her character. I was also very happy that Lorelai seemed to reach some kind of clarity in her life.

As to how the show concluded, I was again filled with mixed emotions. I was hoping to finally get closure with this revival, and I wanted to find out how everyone’s lives worked out. While a lot of my questions about what happens to Lorelai and Emily were answered, Rory’s life is still a mystery. Instead of giving a concrete ending, the last scene of the show was a huge cliff hanger. I will admit that it’s quite clever how the show displays the cycle of life, but I still wish the show actually resolved Rory’s life instead of bringing in something new.