“Fantastic Beasts and Where to Find Them,” the spell-binding prequel to Harry Potter 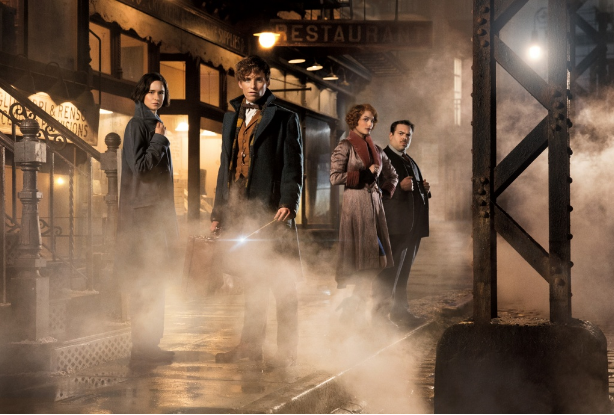 Fantastic Beasts and Where to Find them takes us back to the wizarding world of Harry Potter but this time in New York during the 19th century, where conflicts are rising regarding wizards and danger to the well-being of the people (muggles also known as no-mag). Its worldwide release date was November 18, 2016 in select theatres and IMAX.

For eight years, the story of the how The Boy Who Lived saved the world has been enrapturing people. From the death of Harry Potter’s parents to the defeat of Voldemort, fans thought that was the end of these magical movies, but they were wrong. Director David Yates’s Fantastic Beasts and Where to Find Them takes us back to the Wizarding World in  New York in 1962.

Newt Scamander (Eddie Redmayne) arrives in New York after taking a trip around the world investigating and documenting the magical creatures he finds, while occasionally collecting some in his briefcase. His stop takes a twist when he accidentally drops one of the eggs he collected and a No-maj (a person who can’t practice magic) named Jacob Kowalski (Dan Fogler) finds it. This causes a turmoil as another one of his creatures escapes.  Scamander and a stunned Kowalski capture the creature and barely escape the clutches of the police by magic, while accidentally switching cases.

By means of a woman named Porpentina Goldstein (Katherine Waterston), Scamander is taken by Goldstein to the Wizarding Community in America in order to correct his mistake of not obliviating the no-maj. In the building, Scamander realizes that he has the wrong case and Kowalski is walking around New York with a briefcase full of magical creatures.

Scamander and Goldstein go looking for Kowalski. They see chaos near the building and find a house that is missing the whole front. They go to the scene of the noise and see Kowalski dazed and the case next to him. Tina and Newt realize that some of the creatures have escaped including the most dangerous one called an Obscurus, a force that has the soul of a wizard when he/she gives up control of his/her power. Now, the three (four including the times Tina’s sister Queenie Goldstein (Alison Sudol) helps) are on mission to find the creatures and return them safely to the case without causing any more of a mayhem.

Throughout “Fantastic Beasts,” I witnessed many twists and turns that kept me interested in the story of the movie. On the edge of my seat, the director kept me wondering and questioning throughout the entirety of the film. Who is the soul in the Obscurus tormenting the city? Where is Grindelwald?  What is the real reason Newt Scamander came to New York? Through it all, there was more than enough action and suspense to keep me watching and uncovering the hidden meanings beneath scenes. Aside from the story, the graphics were stupendous, the cinematography outstanding. Most of the setting and creatures were not real, but the graphics made me believe otherwise. From the details of the scales of the winged snakelike creatures to the wisps of black of the Obscurus, my eyes could not look away from the screen. I left the theater feeling satisfied with what I watched and eager for the next part in the five part series. If you are an avid fan of J.K. Rowling, this movie is definitely worth watching.