Students react to the end of first quarter 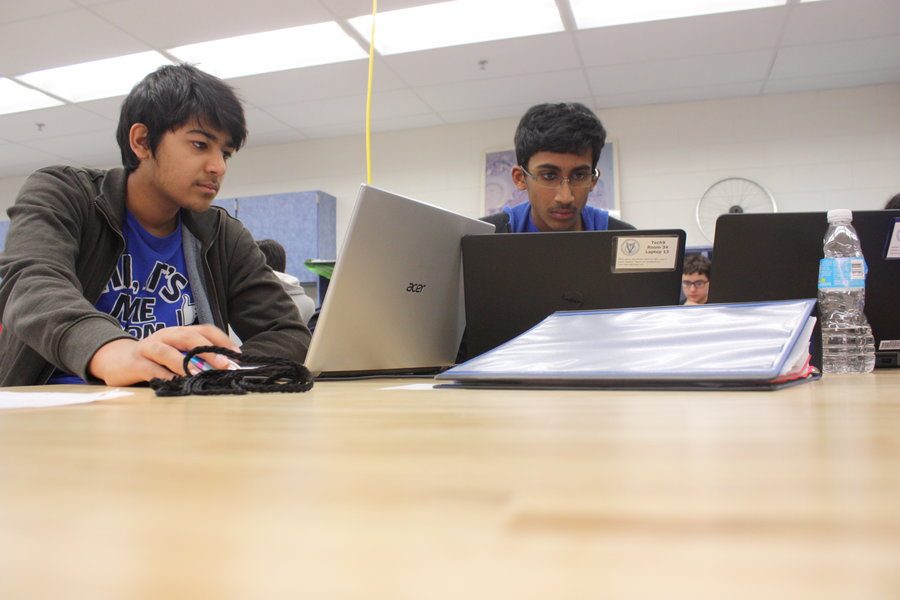 Freshmen work on their Design and Tech retake.

The first quarter of 2016-2017 has made a big first impression on the 2020 class as it was a fairly big change compared to middle school.

“Curriculum wise it is almost the same as middle school except for the fact that the courses are much faster pace and you don’t get as much help from the teachers,” freshman Patrick Hutecker said.

Classes also have gotten harder quickly causing students to have to study more and causing grades to fall throughout the quarter.

“Compared to middle school my grades went down but not by too much, for example middle school is easier but TJ requires more effort. Also even with full effort it is difficult to get all A’s,”  Hutecker said.

Also, upperclassmen have been telling freshmen from the beginning that Jefferson is difficult, and this has played a role in the freshmen’s preparations.

“I was expecting less, a lot less, I was expecting to get Ds, Cs, and Bs. In reality, freshmen year is a nice transition from middle school. Also, everyone talked about how TJ was really hard and that made me study a lot for the first few tests,” Hutecker said.

First quarter for freshmen also helped them get into the flow of Jefferson.

“I’ll definitely be more prepared for normal classes, but I’m sure AP classes will be very different,” Hutecker said.

According to students, upperclassmen have already adjusted to Jefferson but with first semester of senior year and junior year as a whole being the most difficult, students struggled in adjusting.

“This year is the first year that I am taking all seven [difficult] classes that require me to study for each one, you take more APs, and it was a surprise to see how much work I have to do each day,”  Shreya Chappidi said.

In addition, junior year is known to be the hardest year at Jefferson.

“You always hear that junior grades are the most important for college, and people take a lot of APs. Also, more teachers are weighing classes and with seven difficult classes it increases the workload,” Chappidi said.