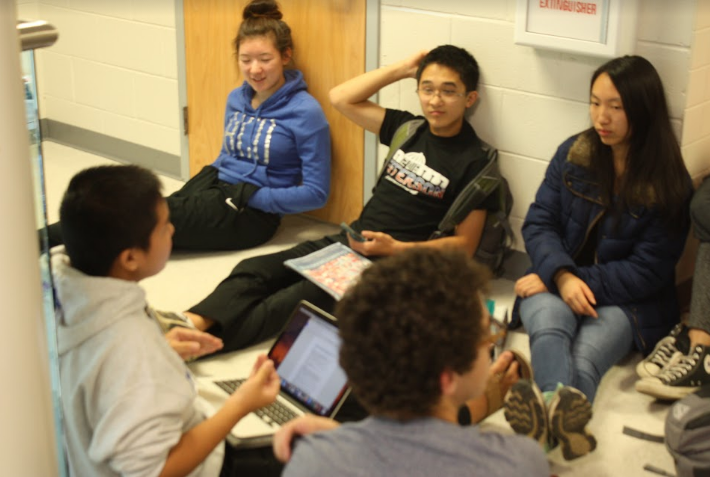 Seven freshmen listened in earnestly, huddled close together to better hear the meeting’s leaders.
Led by seniors Sean Tran and Devan Kowdley, together, the leaders laid down both the process and the rules for freshman elections. They repeatedly reminded the freshmen that any form or putting down another candidate was expressly prohibited. This is the picture that accompanied the Freshman Class Council Interest Meeting on Oct. 27, a meeting held to discuss expectations and guidelines for the upcoming freshmen class council election.

“The point of this election is to bring yourself up, and not other people down,” Tran said.

Tran first joined the class council effort when he ran for the position of SGA Senator at the end of sophomore year. He admits to having wished he had gotten involved sooner.

“Had I done it sooner, I probably would have been happier with TJ as a whole from the get-go,” Tran said. “I would recommend to anybody that they run if they would like to help their class, get any leadership experience, if they would just like to help plan stuff, because in class council, you get to help more in both the class and the school than you would in any other club.”

Tran believes that, in the race for class council, the most important thing to keep in mind when running is to stay true to yourself.

Freshman Howard Malc, a prospective council runner, also encouraged his classmates to be true to themselves, and dismissed some of the more common arguments people have made against running.