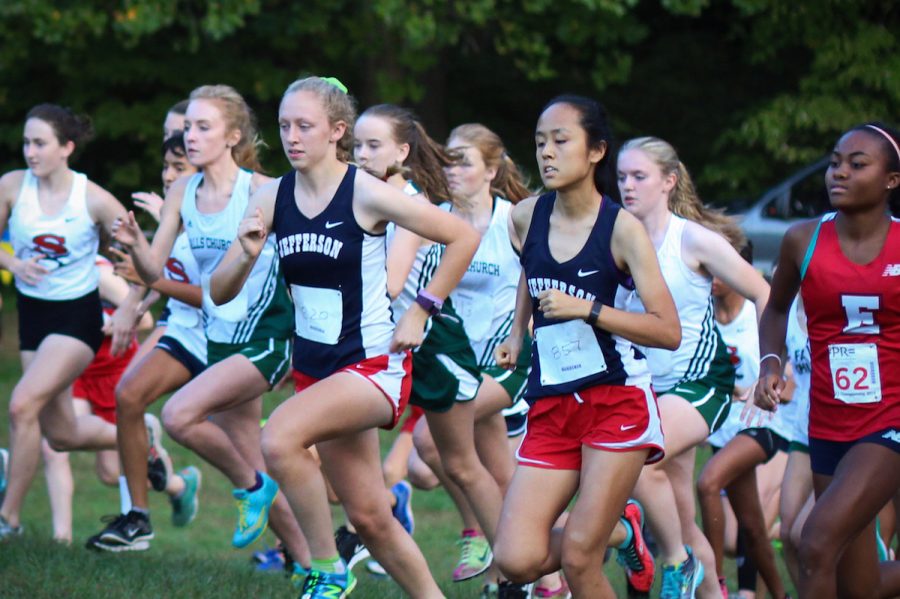 At the meet, both the Jefferson girls and boys team did not race their varsity runners so they can rest for an upcoming invitational. Despite this, many of those who competed had improved times from an earlier meet on the same course.

“The team had better times at this meet compared to the Monroe Parker meet held at Burke Lake on the first week of September this season,” freshman Hana Wong said. “The weather was great for running, while at the other meet, it was so hot it felt like summer.”

In addition, as a team, the girls’ team placed second to Marshall High School with 78 points, and the boys’ placed sixth with 150 points.

“The other teams were racing some of their faster runners so obviously we didn’t do the best we could if we had run varsity,” sophomore Sebastian Ibarraran said. “For the people that ran, I think most of us had pretty good races, and I’m proud of how the team did.”

The course at Burke Lake Park is .3 miles shorter than a typical course, at 2.98 miles long. However, as one of the older courses in the region, it holds historical significance. Its combination of paved and dirt trails is similar to Jefferson’s home course at Mason District Park, but hills, especially in the last mile, make the Burke Lake Park course more challenging.

“When I’m running up a steep hill, what I focus on is one step at a time, just keep pushing and eventually you’ll make it to the finish,” Wong said. “I also [think to myself], ‘I’ve done it before, I can do it again.’

The team will continue to work on staying in shape and maintaining their stamina for the state championships.

“There’s really nothing our team can work on besides just practicing,” senior Alyssa Lee said. “Cross country requires a lot of training and building endurance.”