“The Flash” sets the tone for a promising season 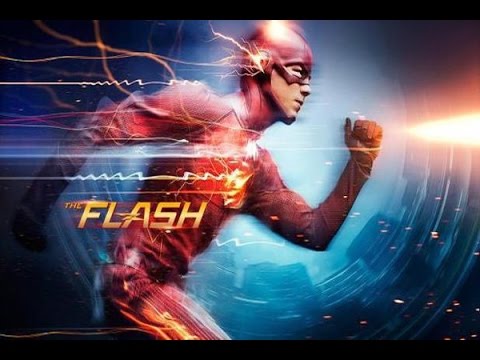 Photo courtesy of of youtube.com

Oh, “The Flash,” I went to you looking for solace when “Arrow” started going downhill. You were a soap opera that wasn’t too sappy, a science show that wasn’t too elitist, funny without being too . But I must admit, I was afraid going into the third season. Would number three be the kiss death just as it had been for “Arrow?” Would the writers jump the shark with too many alternate timelines? Would the quality of the storyline be weighed down by fanbase’s desire for romance? For now it’s safe to say these fears have been put to rest. With its season three premiere, “The Flash” was able to stick with its winning formula and still bring something new to the table.

The critically-acclaimed second season ended with Barry going back in time and preventing the death of his mother, jumpstarting an alternate reality, dubbed Flashpoint, in which life is drastically different from the one he knew. In the alternate timeline, Barry is blissfully happy living with his very much alive parents. Given his tragic upbringing in the “real” world, quotidian joys make his life seem like a utopia in which his only concern is asking true-love Iris on a date. While he still works in CSI (and still doesn’t have his own place), Barry doesn’t have to worry about saving the city. There’s a new speedster superhero in town and it’s not him. It Wally West. Except he’s not Wally and he’s not The Flash either, he’s his own animal: Kid Flash and don’t you forget it. Kid Flash is a refreshing addition to a show that already has a host of quippy charm. Working with him is Iris, who finally gets to come into herself. In the second season she was an oddball – essential yet disposable at the same time. She was a half-thought out character that only got to shine at the tail end of the season. With “The Runaway Dinosaur” we finally got to see her as something other than someone’s love interest, she was smart, clever, and still looking out for Barry without resembling a Mary Sue – a trend that continued in Wednesday’s premiere. Caitlin Snow, while we didn’t get to see much of her, was also freed by the second timeline. She’s finally someone who doesn’t have to be defined by her two failed relationships.

Other characters haven’t fared so well – Joe is a drunken, failure of a cop who makes a habit of coming into work late. His behavior means he has a strained relationship with both his children. Cisco Ramon is no longer an adorkable nerd, instead he’s a barely sentient, cocky billionaire with a pretty girl on one arm while he uses the other to cut checks.

To everyone’s chagrin, the imprisoned Eobard Thawne is the only one who understands something isn’t right. Barry ignores his warnings and assembles the team to fight this realities new villain – Rival. When the plan goes awry, Wally is critically injured and Barry’s memories begin to fade, it’s up to Thawne to save the day – by killing Barry’s mother and restoring the timeline, just as he predicted he would early into the episode.

But the timeline is not completely fixed, Iris and Joe apparently had a falling out and no longer speak. The episode ends with Edward Clariss – Rival in Flashpoint – being awoken by this season’s Big Bad: Doctor Alchemy.

Overall, this episode fell just a hair short of spectacular. But I still have my reservations. The use of too many villains and elements have bogged down many shows, as has shaking up the structure (I’m looking at you “Veronica Mars,” what was season three?). The dynamic between The Flash and Kid Flash seems forced, and if Wally retains his powers, I suspect relations between him and Barry will be strained. I have my concerns about Barry as well. How many times is he going to come to terms with his past then decide to undo a seasons worth of character development when the dust settles? Despite my worries, I am confident that “The Flash” will deliver, it ended on too high of a note in season two to go downhill just yet.