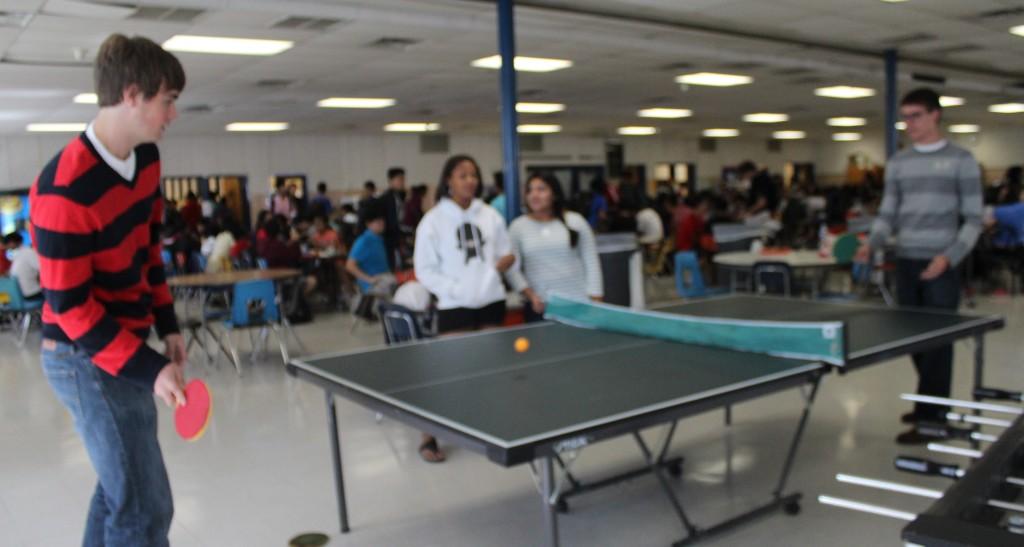 Members of the Class of 2013 walked into the senior lounge, that left section of the cafeteria commonly referred to as the ”slounge,” after it had been destroyed by the already graduated seniors in June.

“The seniors have a tradition of trashing the slounge. They drew stuff all over the couches and ripped stuff up so I think the school threw a lot of it away,” senior Naveed Mostaghimi said.

This year, the transition to a new senior class’s slounge will be different. With the renovation looming and the space scheduled for shutdown within months, seniors are anxious to get their space up and running as soon as possible.

Head of the movement for saving the slounge is Mostaghimi, who has been working avidly to get the slounge up to par. He has been organizing the finding and pick-up of items for the slounge, as well as pitching new ideas such as printers so seniors can avoid the masses of underclassmen in the library and coffee makers for the sleep-deprived. So far the seniors have acquired a new ping-pong table under Mostaghimi’s leadership.

Seniors have been bringing in other items, such as chairs and couches, to add to the slounge. They hope their additions will get moved to an interim space for the rest of the year.

“We’ll move everything wherever they give us the new slounge,” Mostaghimi said. “And they better give us one.”

The question of where the slounge will be during renovations is still up in the air. “As of now, no decision has been made about a new location for senior lounge,” Assistant Principal Mary Ann Bosley said.