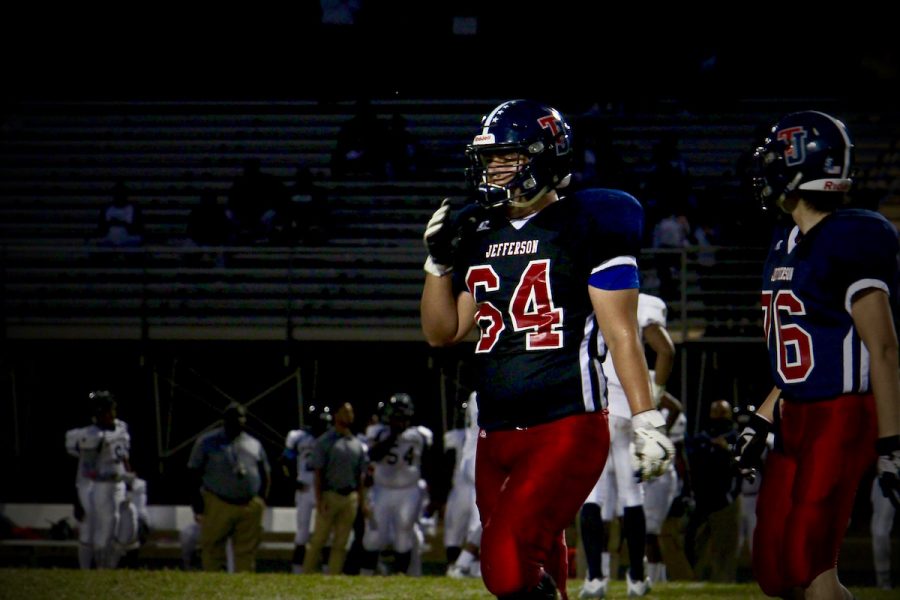 Despite tallying their highest point total of the season, the Jefferson football team suffered its third loss of the year to National Collegiate Preparatory PCS on Sept.16 by the score of 58-13.

In his first game back from injury, senior quarterback Jack Boyle led the Colonials offense to two touchdowns, handing the ball off to senior Kalen Marioghae in the second quarter. After the half, senior and team captain Yadeen Rashid went off, scoring on a 70-yard touchdown pass. Junior Danny McCray kicked Jefferson’s first extra point of the season, bringing their point total to 13 that night.

On the other side of the ball, the Jefferson defense was battered and allowed the Panthers to put up 58 points. However, the Colonials showed their unmatched resiliency yet again. The defenders forced multiple turnovers on downs and held out against the overpowering National Collegiate offense that boasts multiple college recruits.

National Collegiate Prep, located in southeastern Washington, D.C., is ranked by MaxPreps as the 13th-best football team in the District. After the win, the Panthers improve to an undefeated 4-0 record this season.

Jefferson football’s record falls to 0-3 in 2016, keeping them locked into a four-way tie for fourth place in the Capitol Conference with Edison, Wakefield, and Lee High Schools. The Colonials will face off against a Edison squad at home on Sept. 23 and fans will wear purple, supporting Relay for Life.