No agendas and the PTSA: a student body whose voice remains silenced amidst a fury of changes 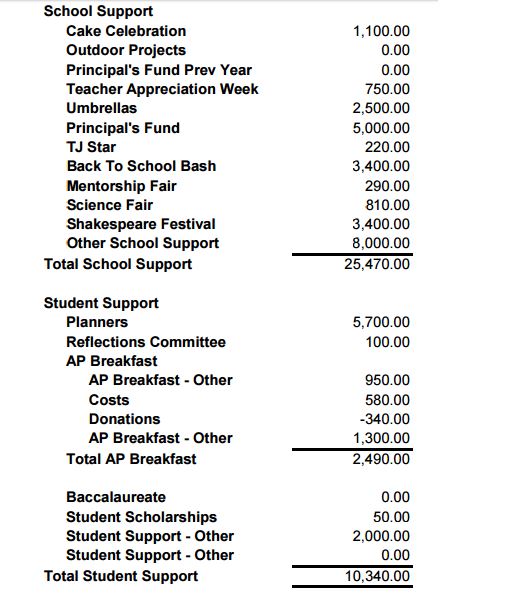 Students of the Jefferson community recently began to realize that another change had been implemented this school year: no more student agendas would be provided by the PTSA. Angry students took to the comments in the Facebook thread to cry out against all the new changes that have been implemented this year: the library is now charging 10 cents a page for printing and there is now a tighter enforcement of the cell phone policy, on top of removing a call-in 8th period system in 2014. But this change has been the most infuriating of all.

As a workaholic whose life revolves around calendars and agendas, this change makes me the most annoyed. The PTSA sacrificed supporting better academic behavior in favor of more money. Students hoping to remain on top of their tasks must spend extra in order to obtain an agenda. This weekend, I spent $10 on a half-satisfactory agenda that can’t be compared to any that I received in middle school and the past two years. Not only do these agendas cost more than the $3 agendas that PTSA could purchase through a mass order, none of the agendas in the store divided their pages by subject, optimizing the design for student use. Instead, expensive, glossy agendas parading the title of a “Student Planner” hosted dozens of pages of hall passes, class schedule sheets, and generic, oversized weekly pages. My new planner, though it serves its purpose, is inefficient to use and favors space over a student-friendly design. With every passing day, I yearn for the efficient design and sturdiness of the PTSA-issued agendas.

“The PTSA thought that it wasn’t worth it to buy the agendas for the whole school, which is usually what they do, as they believed that not a significant enough portion of the student population used them to justify the significant cost,” SGA vice-president Giancarlo Valdetaro said.

In addition, the strain on financial and environmental resources convinced the PTSA that the cost of providing planners greatly outweighed the potential benefits.

“In an effort to be environmentally responsible, the PTSA decided it would no longer provide planners to TJ students,” PTSA president Marilena Barletta said. “This decision came after the PTSA’s annual review of our budget and expenditures. We considered the benefits each expenditure provides as well as its cost-effectiveness, and further considered whether we could provide other more meaningful services to our community for the dollars spent.”

However, eliminating agendas from the PTSA budget raises the question: what services will the PTSA provide for students with that money now?

So with this new change, what else might be taken away from us now? Where will the money saved from this change be fueled into? Will the administration and the PTSA ever hear our complaints, listen to our needs, and give us a voice in these new changes? Or will the ever increasingly stringent policies and changes reduce our school to an “academic prison”?

**UPDATE: Sep. 18 – PTSA has listened to our complaints is now offering a limited number of agendas on a first-come-first-serve basis for pickup the week of Sep. 26. Reserve yours now: https://docs.google.com/forms/d/e/1FAIpQLSdEvXKgt76_r0kyTXOrqP4V2xMAoABOHhWtjUJRZ2HA9KSogw/viewform?c=0&w=1

*This is the 3rd version of this article; corrections to the first paragraph regarding policy changes (the library charges for printing, greater enforcement not new policy), and changing the term “student services” to the correct term “student support,” in addition to changes included to reflect the 2015-2016 budget PTSA budget, were added. The latter half of the school support costs (TJ Star down to Other costs) and the student support costs were used to calculate the money that the PTSA spends to directly support students. A link to the Google form was also included in the 3rd revision.