When in London: Tower of London 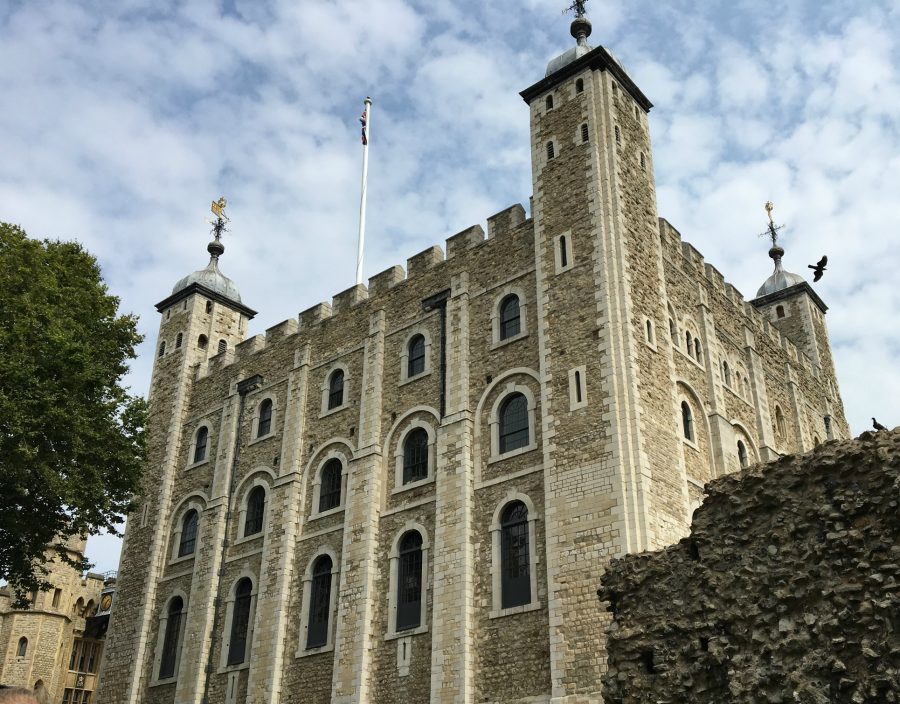 The White Tower’s construction started almost a thousand years ago. It was the first structure of the Tower of London after it’s completion.

Recently my family took a trip to London. We were only there for three days so we made it our mission to find the best things to do in an effort to make the best of every minute. In this series of blog posts I share some of my favorite places we went to, and this entry is on the Tower of London.

Do not let the name “Tower of London” fool you, it is not just a tower, it is much more than a single tower. At first it started off as just the White Tower, but over time the area between the White Tower and the walls of protecting it grew, and additional structures were built. Now it is a huge fortress with many different buildings and open areas.

There are so many different things to see at the Tower of London, I spent half a day there and was still not able to see it all. Some of the sights to see include the towers that make up the “Medieval Palace” that display a replicated medieval bedrooms, the Crown Jewels that are still used by the Queen today, and displays of armory and artillery from the past.

When we first got to the tower we took a tour from a “Yeoman Warder”, and that was very helpful because he told us a lot about the history of each of the buildings. The person who gave our tour was not just knowledgeable, but was also funny which made the tour very entertaining. He knew a lot about the castle because he lives there with all the other Yeoman Warders. They live in a castle, I mean how cool is that?

I think the most stunning items I saw at the Tower of London were the Crown Jewels. There was an additional line to go and see the jewels, and it was very long, but it was worth it. They had the crowns from many different Kings and Queens, and they had plaques that explained the history of all of them. There were also many different precious items, mainly made of gold and jewels, that they had on display. I found the punch bowl they had really interesting. I have seen punch bowls before, but this one was the size of a bathtub and made of gold, I don’t know how anyone could need that much punch, but it was cool to look at.

Inside the White Tower they also had some interesting things on display. This building was the first to be built, and served as fortress and was used for functions of the King. The main reason it was so tall was to show the power and authority the royalty had. The inside of the tower looks more like a museum nowaday. There were a lot of weapons, including many cannons. They also had armory, one room was filled with fake horses and people displaying what equipment was worn when fighting back in the day. It looked like people were well protected, but I cannot imagine how hard it was to move in all the heavy metal they were wearing.

While all the items on display were fascinating, I found that what I enjoyed the most about the experience was learning about the history of the Tower of London. I find it quite impressive that this structure that was built back in in the 11th century still exists for us to walk through today. For anyone who enjoys history and museums this is definitely something to see. Even if you decide not to get tickets to go inside, you can walk around the castle and still see a bit of it from the outside.