To Read or Not to Read: “Salt to the Sea” by Ruta Sepetys 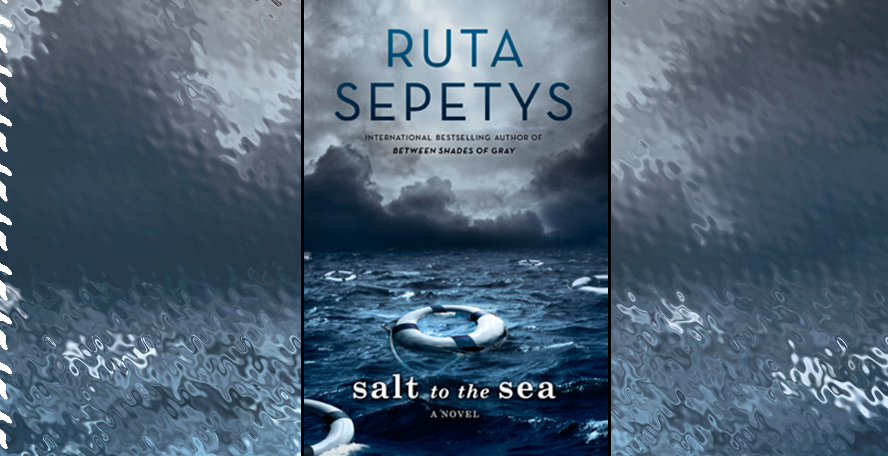 The sinking of the "Wilhelm Gustloff," as detailed in Ruta Sepetys' "Salt to the Sea," is considered a disaster more deadly than the sinkings of the "Titanic" and "Lusitania" combined. Sepetys' raw and inventive writing style makes this a fast-paced and emotional read.

Ruta Sepetys’ “Between Shades of Gray” instantly had me hooked with its poignant story and dynamic characters.  When I heard about “Salt to the Sea,” her latest foray into historical fiction, I had to ask myself the dreaded question:  could she actually top her previous work?

As it turns out, the answer to that question is yes – a thousand times yes.

“Salt to the Sea” is the tale of a group of refugees, each running from his/her own past, seeking passage on a ship to escape the Soviet advance.  The book comes together through the points of view of four distinct people: Joana, a nurse from Lithuania with a guilty conscience; Florian, a Prussian with an agenda of his own; Emilia, a 15-year-old Polish girl hiding a secret; and Alfred, a German sailor eager to prove his worth.  As wartime draws these characters together and apart, they struggle to stay afloat.

I was initially skeptical about the number of points of view in this book – normally, it’s impossible to keep this many characters straight.  But Sepetys does it wonderfully.  The chapters are fairly short, most only a page or two long, so the perspective switches almost instantaneously – but this gave the book an urgent feel, encouraging me to keep turning the pages until the very last one.  Each character has his/her own intricate backstory, revealed either in his/her own point of view to the reader or discovered by another character.

My favorite part about “Salt to the Sea,” however, was the emotional connection Sepetys inevitably makes with her readers.  Even by the end of the first few pages, I was completely immersed in the story, rooting for the characters and feeling their desperation to make it out alive.  Characters deaths in Ruta Sepetys’ books always seem to hurt me more than most, because I always feel deeply rooted in the historical world she builds.  This book is centered around one of the little-known tragedies of World War II – the sinking of the “Wilhelm Gustloff” – and does a lot to bring out the side of the war that often escapes the public eye.  I had never heard about this maritime disaster prior to reading the book, so it shocked me to experience it on the page first and then learn that it had historical context.

“Salt to the Sea” is an absolute must-read.  It took me a while to get around to this book, but I don’t regret embarking on this journey for a second.