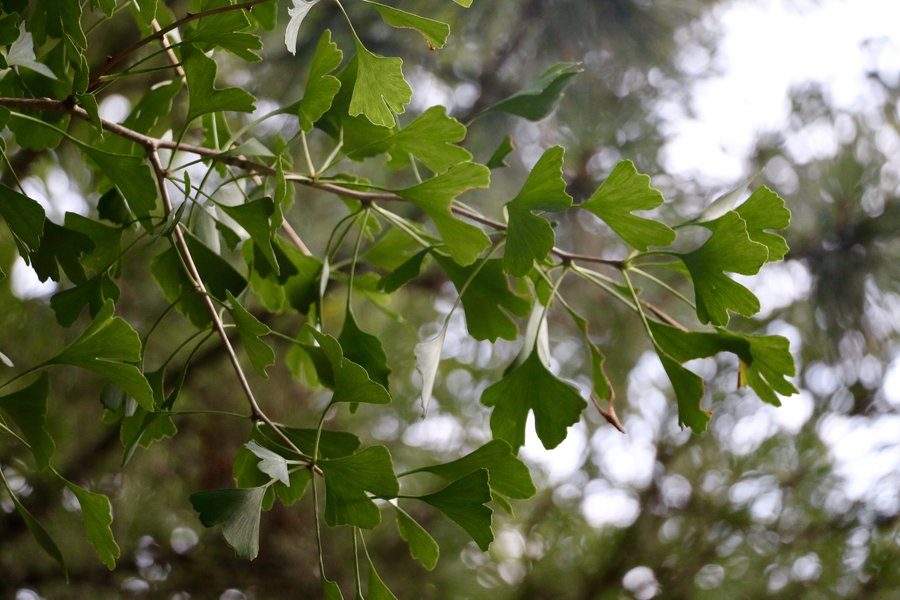 The Ginkgo tree provides health benefits, and is commonly planted in cities due to its resilience to industrial pollution.

Ginkgo trees can immediately be discerned by their one-of-a-kind fan-shaped leaves. The earliest woody trees, ginkgos are the only surviving species of its 280-million-year-old family. Not only are they unique in their physical appearance and heredity, but also their rarity: there is only one ginkgo tree in my entire neighborhood, and they are on the verge of extinction in the wild.

The tree, sacred to Buddhists, had been preserved in a Chinese monastery for thousands of years. Ginkgo seeds have been eaten as well as used in traditional Chinese medicine. Conditions including asthma, fatigue, bronchitis, and tinnitus (ringing in the ears) have been treated with ginkgo leaf extracts.

Researchers are currently working to determine ginkgo’s ability to treat memory decline, blood flow disorders, and dementia. Studies in the laboratory show that it does improve blood circulation by widening blood vessels and reducing blood’s viscosity. Moreover, ginkgo supplements are currently one of the most popular herbal medicines sold in the United States and throughout Europe.

In this sense, ginkgo reminds me of those few individuals that are always thinking about how to better the lives of others. I think of doctors who are equipped with the tools to relieve patients from ailments and illnesses, but also the everyday person who concerns themselves with making others feel more content. The lessons I’ve learned: be selfless and be useful.

Despite its scarcity, the ginkgo is one of the oldest known tree species and is still present to this day. Ginkgo trees are not succumbent to disease and insects, making them suitable city plants as they are able to withstand modern urban stress. Their branching structure and deep roots provide them with wind and harsh weather resistance.

Ginkgo have stayed resilient against external influences for centuries.

Everyone experiences hardships, but having a clear direction even in the face of adversity is a skill that I treasure and work toward.

*information here, and throughout the blog post, from the National Wildlife Federation’s “Field Guide to Trees of North America”