The (mis)use of digital activism 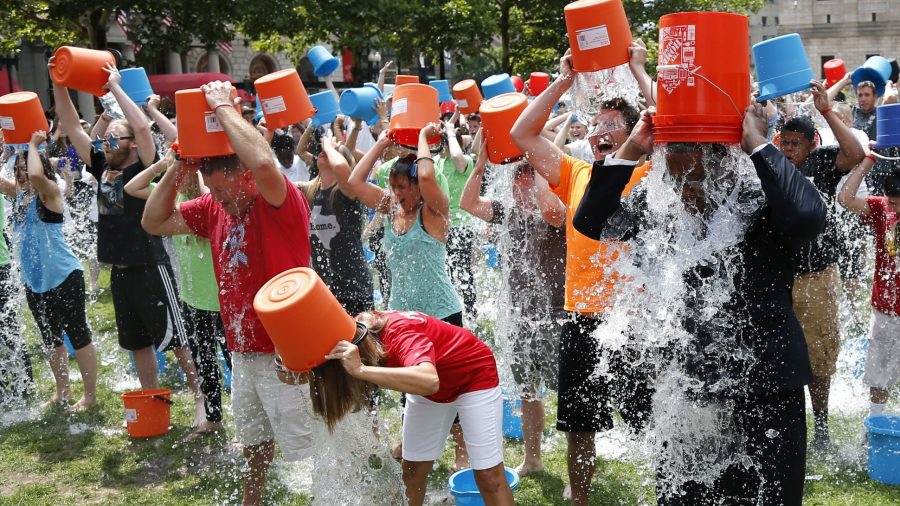 The ALS Ice Bucket Challenge encouraged participants to pour ice water onto their heads or donate to the ALS Association. The association received 1.35 million dollars in donations in the same two-week time period during which they raised 22000 dollars the year before as a result of the challenge.

Let’s face it.  We all love to feel like we’re making a difference in the world.

Social media provides various options for an instant outlet to satisfy this desire.  From creating a temporary profile picture on Facebook to trending a hashtag on Twitter, there is no limit to the ways we can show our support for organizations and causes.

But the question remains: what difference is changing that profile picture actually going to make?

Digital activism is no stranger to the modern age.  It’s all too easy to connect with a network of people to advocate for a common cause.  Take the response to the Stop Online Piracy Act (SOPA) in 2012.  Controversy over this act on Twitter, Facebook, and other social media outlets led to the participation of large corporations in a “blackout.”  Google, Wikipedia and other large names blocked access to their content or provided limited access in protest, drawing a lot of attention that eventually led to the shelving of the laws.  The first step towards this end result was the participation of individuals in a protest via social media, so digital activism does have its benefits.

However, while the SOPA social media protest was largely successful, other social media campaigns can have varied results.  Awareness campaigns encouraging participants to dump a bucket of ice water on their heads or not shave for an entire month are all too common, and while they do shine a light on causes frequently left in the dark, their final result tends to stray from their original message.

As an example, take the Ice Bucket Challenge, used to promote awareness for Lou Gehrig’s disease.   While the challenge did have a significant impact on public perception of the disease, often times, people spent more money acquiring large amounts of ice than they did supporting the ALS Association.  In addition, taking the challenge became an alternative to donating to the organization rather than a supplement, making the challenge more about a funny viral video than about disease awareness.

What does all of this say about online awareness campaigns and digital activism?  The Internet’s ability to link millions of people and unite them under a common cause can have monumental effects, if used in the right way.  A community of digital activists can eventually have real world implications, as long as they don’t stray from their core message.  At the end of the day, the ALS Ice Bucket Challenge wasn’t about watching viral videos of people falling off rooftops while pouring ice onto themselves – it was about bringing a critical disease to the public eye.  Bottom line: the next time you see your friends trending a hashtag or doing something crazy on the Internet for an awareness campaign, feel free to jump in.  Just don’t forget why and who you’re doing it for.