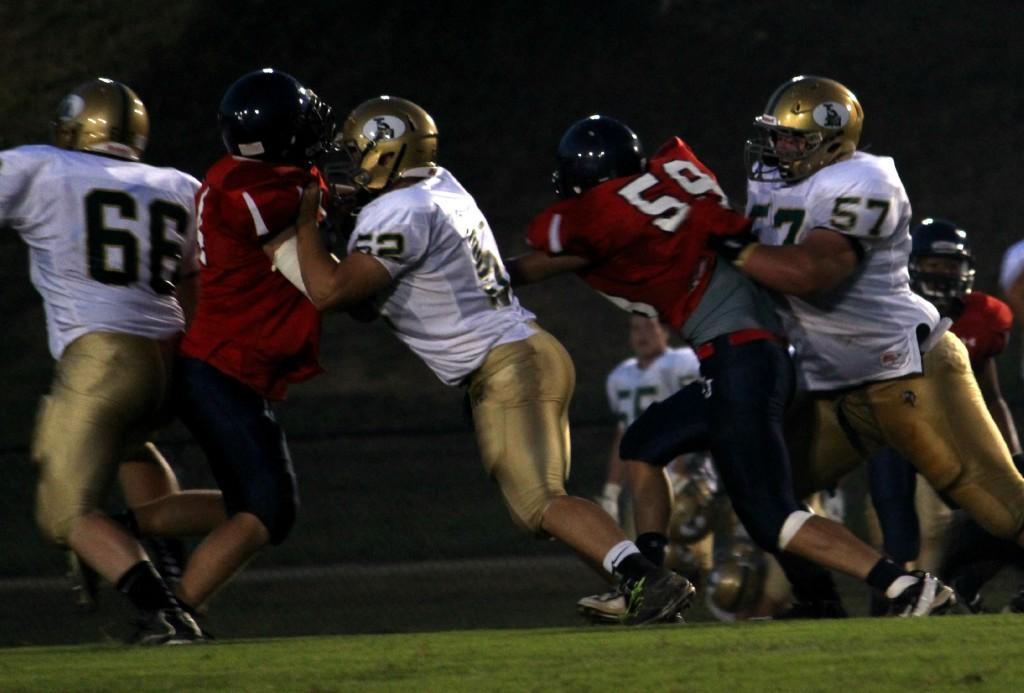 Jefferson football plays the first home game of the season

Coming from a victory against Falls Church High School last week, Jefferson’s football team suffered its first loss against Langley High School yesterday, with the score coming down to 6-14.

The Colonials started the night off with a bang, with junior Nathan Kim scoring a touchdown only 26 seconds into the game. Jefferson led 6-0 until Langley scored a touchdown of its own and scored the extra point. The game remained a nail-biter until the last few minutes of the fourth quarter, when Langley scored another touchdown.

“I thought we played well, but we could have played better. We’ll get it together and step up our game next week,” said junior Daeland Angle.

Throughout the game, hundreds of Jefferson students displayed their spirit through a “Red-Out”, by donning red shirts, shorts, face paint and even hair.

With the season off to a positive start, fans are already excited for the next few games.

“When we have a fantastic turnout like tonight, it provides a type of energy that makes you want to go to more games,” said senior Bohe Hosking. “I think tonight’s atmosphere was fantastic and I’m sure it will create a spark in people to come to more games throughout the season.”