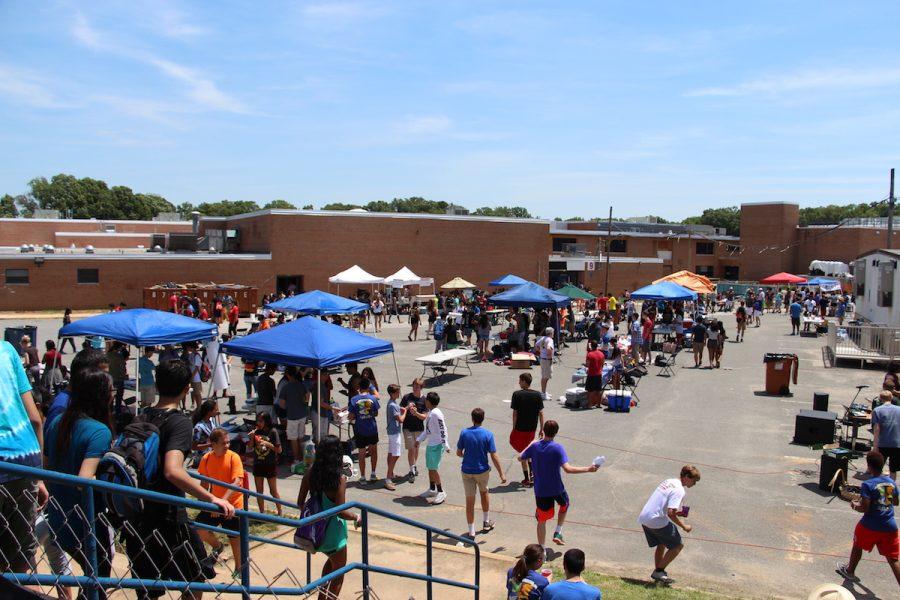 Students walk around the club booths during J-Day on June 10.

With classes having ended early, students spent the afternoon of June 10 participating in Jefferson’s annual J-Day. Students set up booths throughout the school to fundraise and spread awareness about their clubs. Meanwhile, student performances were held in the lobby. The Jefferson Student Government Association (SGA) began planning for the school-wide event about a month before it took place.

“We can expect pretty much the same number of booths [each year], but for performances we had a lot more than usual this year,” senior Wills Song said.

Though the booths have been set up around the track in the past, this year SGA decided to place booths either indoors or behind the school.

“It’s definitely harder to plan how booths are going to be arranged inside the school than outside on the track, but not by much. Arranging booths in general is difficult,” Song said.

From buying food to playing games and mingling, students were free to choose from a variety of activities to participate in during J-Day.

“J-Day is a good finish to our stressful, tiresome year of working for our difficult courses,” Song said.