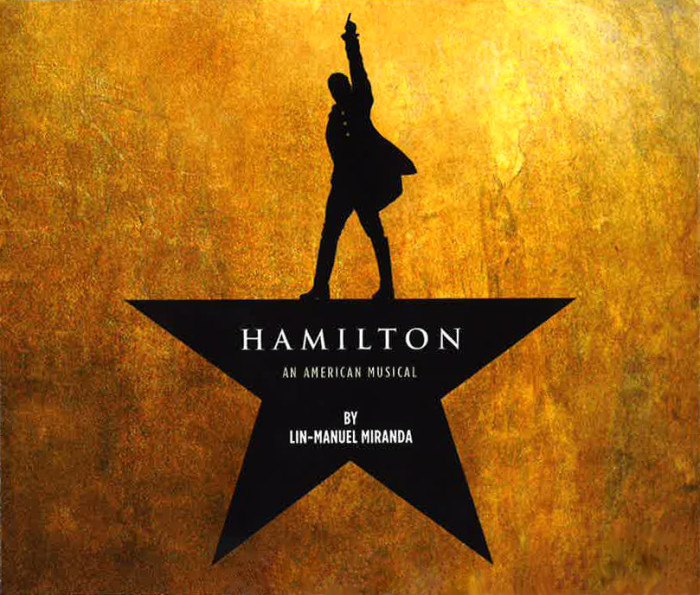 Poster for the Tony Award-Nominated musical "Hamilton." The musical was written by Lin-Manuel Miranda, who also stars as the title character.

Although Lin-Manuel Miranda may still have a “million things (he) hasn’t done,” his musical, “Hamilton,” being nominated for a record-breaking 16 Tony Awards definitely checked a couple tasks off the list.  Through a series of catchy, heart-wrenching songs, “Hamilton” extravagantly captures the life of the founding father on the 10 dollar bill during and after the Revolutionary War.

The musical’s record-breaking number of nominations is unsurprising considering the widespread popularity it has gained among students and adults alike. From the dramatic music to the timeless history, students at Jefferson have come to appreciate various aspects of the play.

“The very long and amazing build up to the climax of the intro song makes it one of my most favorite parts of the musical,” freshman Arravind Sudhakar said.

Another appreciable aspect of the play is the diverse cast. Alexander Hamilton was the son of Puerto Rican immigrants, and Lin Manuel Miranda reflects on the difficulty of people of color to rise up in society through both the plot of his play and his selection of cast.

“I love the diversity of the cast. One of my most favorite quotes from Lin-Manuel Miranda [about the musical] is ‘It’s America then told by America now’,” sophomore Supriya Savaram said.

Miranda’s musical is well-rounded and excels in almost every essential aspect of a play.

“The play has been nominated for so many Tony Awards because nothing like this has been done before,” Savaram said.  “History has never been told with so much passion and excitement that everyone can relate to before. And the concept, music, sets, cast, and everything is phenomenal and just compliments the whole show.”

“Hamilton,” the story of one of our founding fathers, is bound to be a record-breaking classic for years to come.