Opinions on Donald Trump from around the world 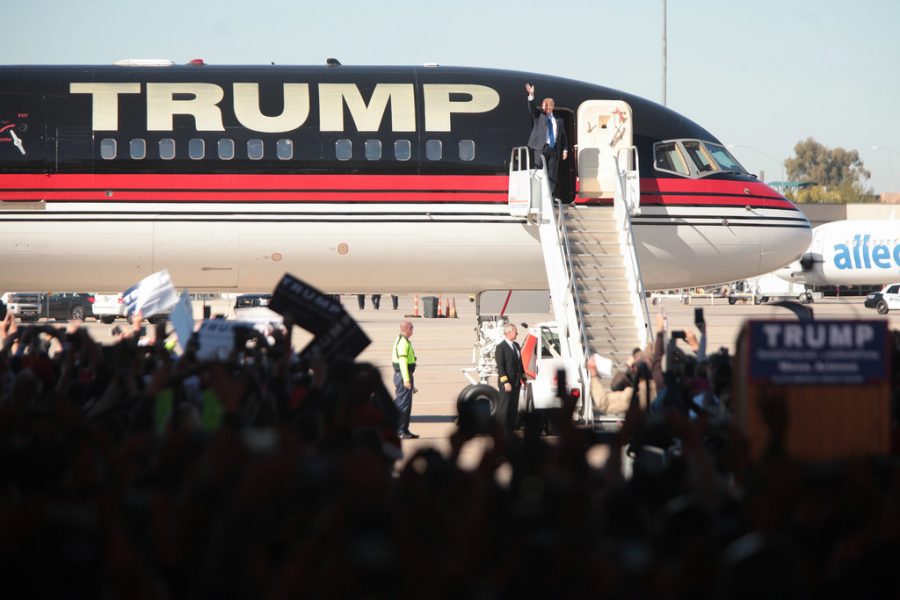 Donald Trump gets off his plane to speak at a rally. Family and friends of Jefferson students have mixed opinions on Donald Trump and a Trump presidency could affect the U.S. and the world.

Donald Trump is now the presumptive Republican nominee for the 2016 Presidential race, and while some voters around the United States have decided who to support, others have mixed feelings. Outside of the U.S., though, not many people face this dilemma.

Global media is a major component of how people around the world can get information, and the 2016 presidential race has dominated news coverage inside the United States. However, Donald Trump is the only candidate news stations are frequently covering outside the United States, and still, some people in other countries don’t have opinions on Donald Trump.

“Honestly, a lot of my friends from other countries are unaware [of Donald Trump and the 2016 US election],” freshman Liana Keesing, who doesn’t support Trump, said. “My friends that are aware get most of their information from social media, which, for the most part, makes them against Trump.”

Donald Trump has dominated the news, for instance, in the United Kingdom. The coverage has driven some people’s opinions on what a Donald Trump presidency would do to the world.

“My friend in England hasn’t really heard that much about the presidential race other than Donald Trump,” junior Diana Zavela, who also doesn’t support Trump, said. “She thinks Donald Trump is racist, and would be very harmful to the United States and the world as a whole because he could start wars that would affect the whole world. She also thinks a Trump presidency could cause increased diplomatic problems with other countries.”

“My family and friends who live in Nepal think that because the US is so important in world politics, there would definitely be a detrimental effect in how foreign policy is conducted if Trump were president,” freshman Pari Parajuli, who doesn’t think Trump is fit to be the president, said. “Decisions made by the US have so much gravity in all parts of the world economically. Also, socially I think it would look bad on the US if Trump were in the White House.”

“All of my relatives in India love Donald Trump because Trump wants increased trade with India – he hates the Chinese people because they rip us off in trade, but he thinks Indians are cool,” senior Milan Bharadwaj, who supports Donald Trump, said. “My relatives think if Trump became president, [Indians] would definitely get better trade deals and India would have more trade with the United States. They think Trump would help the U.S. too, because he defends the strong conservative values that have made our country great in the first place, such as defense of the second amendment, health care reform and strong military. Also, they also think it would have a positive effect on the world community to help put America back in that position of power which we’ve been in for the past 50 years or so, as leader of the world, the world economy and such.”